At the start of the pandemic, there was speculation around whether there would be a “post-COVID” baby boom, particularly because of the increased amount of time people were spending at home during lockdown.

Some new research, conducted by King’s College London, is among the first in the UK to indicate that this increase in birth rates is unlikely. The group of women included in the study were drawn from a pool of users who had previously accessed Tommy’s Planning for Pregnancy tool.

According to the results, around half of women who were thinking of having a baby say COVID-19 has changed their plans. 72 per cent said they had decided to postpone a pregnancy, while only 28 per cent decided to bring their plans forward. It is worth noting here that 92 per cent of people included in the study still wanted to become pregnant eventually, so the main factor was timing.

Particularly when this started, everyone was saying there would be a baby boom, and this is the first indication that there is possibly going to be quite a different response in our community in the UK.

The official statistics for the UK will be released later this year, but most experts agree that the UK’s data is likely to follow a similar pattern to other countries. Europe, parts of Asia and the United States have all reported a steeper decline in birth rates 9 months after the pandemic began. 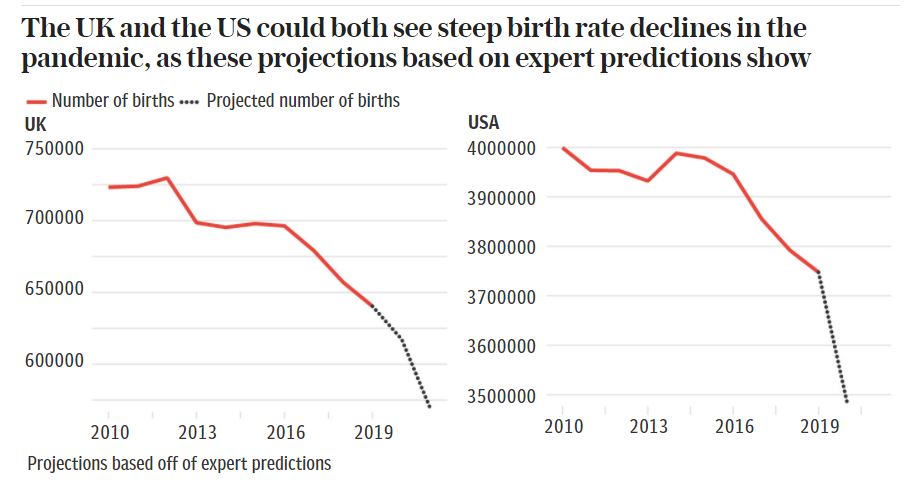 There were a number of reasons that the participants gave for postponing pregnancy, from fears over how the virus could affect pregnant women or their babies, to concerns over pressure on the NHS. Another major concern was changes to antenatal care, and the possibility of having to go to scans and give birth alone. For those who decided to bring their plans forward, Dr White (lead author) suggested "that group were perhaps working from home, able to look after themselves, or it was something logistical.”

Dr White continues to highlight there were practical considerations for a lot of other couples, too. “For example some women were unable to get their coils removed, or fertility services shut down”.

Ultimately, personal circumstances have dictated so much how people have responded to the pandemic - for everyone - and pregnancy is no different.

Dr White concludes that there needs to be better plans in place to help support growing families in future, regardless of what happens with this pandemic or even the next one. She claims “we need to make sure that if we are in this situation again, we can adapt to provide safe access to services and information, without putting anyone at risk [...] We have learnt a lot about how to do this in the last year.”

We understand that it's been a really difficult and stressful time for parents-to-be who, in many cases, have had to put pregnancy plans on hold for various reasons during the pandemic. Delays in accessing fertility treatments and concerns around care have been distressing for many. When you choose to try again is up to you, it is a personal decision, but you may wish to seek support from your GP if you have any specific concerns. For some, the current COVID-19 vaccine roll out is a factor in their decision making around when to try for a baby. We have more information about the COVID vaccines and trying to become pregnant.

When you do decide the time is right for you, there are some things you can do to prepare for pregnancy. Our Planning for Pregnancy tool can tell you all you need to know.