I have always been aware of the important work Tommy’s does, but was lucky enough to have never been directly affected by the issues they are fighting on a daily basis.

That all changed in May 2017 when my daughter, Beatrice, was born at full term and passed away just over 2 and a half hours later. I was young and healthy, it was my first pregnancy and all of my antenatal checks had been perfect. When I went into labour, we had no idea that we wouldn’t be bringing our baby girl home with us.

We were heartbroken, and couldn’t believe that everything we had planned for could be taken away from us so quickly.

Life became a blur. During this time, Tommy’s proved invaluable, giving us a chance to meet the wonderful Dr Alex Heazell in Manchester, who took the time to go through all of our notes and offer his opinion, which helped us to find some answers when we were so desperate. Fairly soon after, we realised that the only way we would be able to get through the fog was to do something positive, to pay tribute to Bea’s legacy.

We got in touch with friends and family to see if anyone would be interested in signing up for the new London Landmarks Half Marathon, and were overwhelmed by the response. 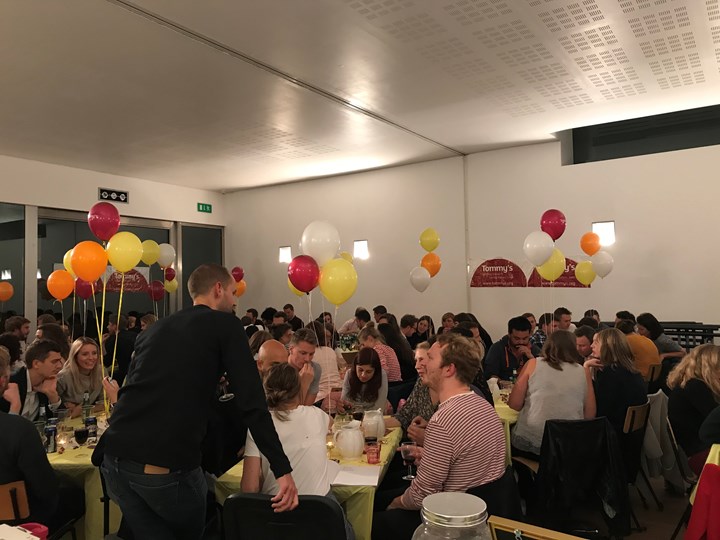 Team Bea has recruited over 100 runners, most of whom have never run before. We have been fundraising hard and have so far raised over £60,000 with lots more to come. The team have organised quiz nights, a football tournament, bingo night and much more besides, and are already planning a golf day for later in the year. Having something constructive to focus our energy on has been a welcome distraction when we need it.

There are times when it all feels like too much, but at those times I think of my daughter, who was such a fighter, and suddenly everything seems more manageable again.

I know that Tommy’s will use the money raised to ensure that fewer families have to go through the same devastation that we have, and knowing that we have played our small part in that makes me so proud of my girl and everything that she has inspired.

London Landmarks Half Marathon 2019 is now full, but you can apply for a place in the 2020 race. Learn more today.