Follow Nikki and Glenn's journey as they share their experience of loss and their training for the London Landmarks Half Marathon 2019 all the way up to race day.

By Nikki and Glenn Wilson

After over 7 months of training, race day was finally here! Watch how Nikki and Glenn got on at the London Landmarks Half Marathon 2019. A huge thank you to Nikki and Glenn for taking us on this journey with them, through the ups and downs as they prepared for the second ever LLHM. If you would like, there is still time to support them on their Just Giving page.

You can already join Team Tommy's for the LLHM 2020! Click below to be one of the first people to sign up to support Tommy's.

'It's been quite a journey, we started this back in August last year. We've shared our highs and lows with you guys, we've shared our charity tips as well. I hope they've helped, I hope we've been an inspiration, and I hope to see you at the start of the London Landmarks, or at the Tommy's tent at the end. Good luck to everybody who's running, and let's hear loud cheers from everybody on the sidelines. Thanks for all your help!'

'We know how important it is to raise the money for Tommy's. We are still making every effort to get our up fundraising together. What we're doing now is just taking a look at ourselves, and we want to get around and enjoy doing the race'

'Back in the new year people can be struggling for motivation. Remember your motivation. We're all raising money for Tommy's, and it is important to get out there and do some training so on the day you actually enjoy the run ... Our coach tells us to remember the 'Terrible Too-s' - not to do anything too early, too soon, too quickly.'

This week, Nikki and Glenn take a little break from training and get into the festive spirit!

'If you're anything like Nikki and myself, you try and come up with new ways to fundraise. We've hit social media and told everyone our story, and we've already managed to get some funds already towards our fundraising efforts. But now we want to try some other new, more exciting ways to do it.'

'I was averaging probably about 20 miles a week with my training runs. Typically, it started to get darker earlier with the clocks changing, and my motivation for going out slowed down somewhat. You get in from work and it's dark and horrible, and the last thing that you want to do is go out running in the dark. So, to try and re-stimulate my interest in running, I went out and brought some torches.'

'Doing these videos for Tommy’s has made me realise that when I went through my miscarriages, I wasn’t the only one that was hurting and upset by it. Obviously Glenn was, he was there with me, he saw how upset I was, he was upset alongside me. But, you kind of forget about how it has affected your nearest and dearest around you.'

'Running gave us support. It gave us a network of people to talk to. It not only helped us with our physical welfare, but it started to help us with our emotional welfare as well.'

'Nicola and I understand how lucky we really are to have got this opportunity to celebrate Samuel's christening. There are a lot of people who don't get this opportunity. That's why we're running, and that's why we are trying to raise as much money as we can for Tommy's.'

'If we can raise just a little bit more money to put towards further research into miscarriages, it is needed, at the end of the day. It is happening to far too many women out there. I don't want other women to go through the grief and devastation that I went through three times, it's horrible.'

'There seems to be a taboo around telling people that you’re pregnant before a 12 week scan, which can make things really difficult. How do you ever express to somebody the grief that you feel when they’ve not been able to experience the joy that you felt when you first found out that you were pregnant?'

'It took us a long time for Samuel to arrive but we are truly blessed to have him now... About ten years ago, we decided we wanted to start a family. Sadly in that time, or thereafter, we went through three miscarriages. Traumatic time, heartbreaking, lots of different emotions. But we didn't give up though, we had our struggles, ups and downs emotionally.' 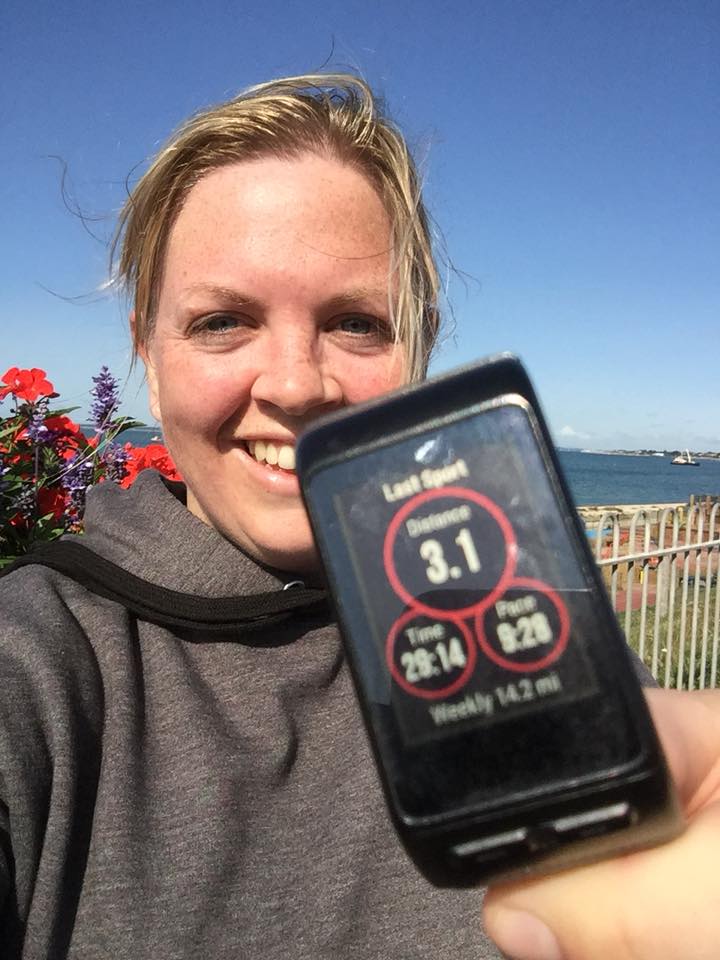 'A 10 mile training run for me with some members of the running club we run with. Whilst Nicola completes the local park run with more Run Verity club runners.' 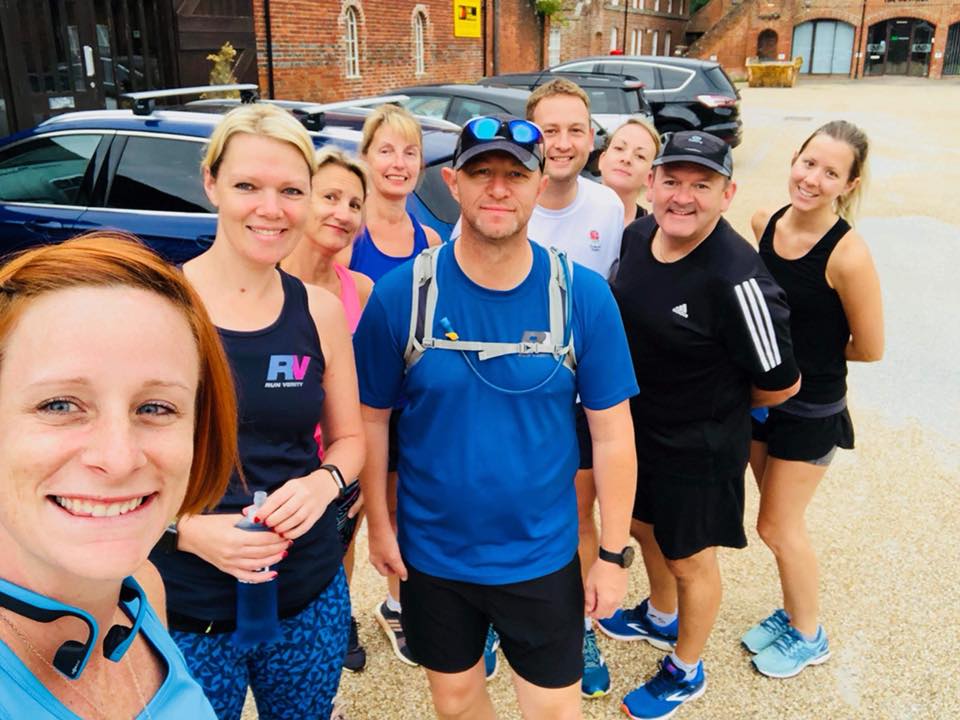 Glenn and I met and fell in love 11 years ago. I knew straight away that he was the man I was to marry and have a family with. We didn’t hang around and within 6 months I had moved in with him! In the first year I also fell pregnant twice, which both sadly ended in miscarriage. The second one being particularly traumatic at 12 weeks ending up in hospital whilst on holiday. I have never experienced sadness like it. One moment you are euphoric and imagining holding a baby in your arms and then suddenly that is ripped away from you.  We carried on smiling throughout and had a blissful wedding in January 2010. The honeymoon baby never happened and weeks of upset turned in to months/years. Finally after a few more years of trying I fell pregnant for the third time. Again this ended up in miscarriage.

I was slowly breaking and becoming a shadow of myself as the years went on. Why was I not a mummy when all my friends around me were having babies? How much more heartache could I take? Why me?

We then made a very big decision....sell up, move out of Portsmouth as I was unhappy there and privately fund IVF... thousands of pounds.

October 2015 saw the first round. So many drugs and injections. The side affects were hideous! We used 1 of our precious embryos which sadly didn’t work. To not succeed with the first attempt was a massive reality check. I really believed IVF was going to work first time. We were gutted. I was physically worn out and emotionally drained.

Round Two followed in the new year. This time we used 2 embryos and again we were devastated to find out that neither implanted.

With 2 Embryos left we decided to have our third and final go in the summer of 2017. I was in good fitness with my running and had lost some weight and most importantly I was going in to it with a positive attitude.

For the months leading up to the embryo transfer I travelled weekly to have acupuncture in Bournemouth. We paid extra to have Intralipids infusion as well.  This is an intravenous fat emulsion that was recommended due to multiple miscarriages and implantation failures. In simple terms.....it is suggested Intralipid stimulates the immune system to remove danger signals/natural killer cells that can lead to pregnancy loss. I sat for 2 hours on 3 separate occasions hooked up to a drip in my lounge with a nurse sat with me.

We also paid more money to have ‘add On’s’ such as embryo glue and endometrial scratch. I was willing to do anything this time.

On 10th July 2017, 7 days after having the 2 embryos transferred I had a positive pregnancy test. About 4 tests in fact! Literally could not believe it! So many tears of joy. Because of the previous miscarriages I was not able to relax at the beginning. The thought of losing another baby was too much to bare.

Mixed emotions at our first scan as There was Twin 1 and Twin 2. Twin 2 had sadly stopped growing around 6 weeks. Another difficult time. Just hang in there Twin 1.

After a difficult pregnancy and horrendous birth which ended up in an Emergency C section and blood transfusions, Samuel Dennis Wilson arrived on 10th March 2018. He is the most beautiful, happy and contented little boy.

I will never forget each miscarriage and the heartbreak that came with them and when Samuel is old enough, I will explain to him the journey we went through for him to join us.

Nicola and I met 11 years ago marrying 3 year later. I knew from the outset that Nicola was born to be a mum; seeing how she had coped parenting my daughter Katie as a stepmother and the way she effortlessly enjoyed time with her nephew and niece. Sadly prior to our marriage we had two miscarriages close together. The first was lost early, the second sadly was at 12 weeks whilst on holiday with her family.

It was horrifically sad for both of us and left a huge impact in our lives. I remember seeing her hollowed out at the loss, as pale as a ghost laying in the hospital bed.

We kept trying however it was another three years before succeeding. Another miscarriage, the sadness grew in both of us that it may never happen. To take Nicola's focus away from the loss for a while we bought a puppy. Bailey had the desired effect and became the missing child in our life.

Each month that went by provided another disappointment that we had not managed the one thing we hoped from most. 8 years living month to month in hope ground us down, impacting our social and domestic lives. We decided to seek help through the NHS to see whether there were problem with either of us but all tests came back inconclusive. Another stab to the heart with still no answers. We were denied IVF through the NHS due to me having Katie through a previous marriage, yet another blow to Nicola.

Finally we agreed to go private with the Wessex Fertility Centre in Southampton. There were no guarantees that it would work however we were willing to give it everything we could to succeed. A harvest of 5 embryos allowed us opportunities. Not just implantation, but a course of drugs and daily injections to ensure the greatest environment for a positive outcome.

The first attempt failed, so on the second we gambled with two embryos at once. Sadly this attempt failed too. It was tough on us emotionally as well as financially.

Round three was our final roll of the dice. We couldn’t afford another cycle. I was preparing myself to console a distraught and broken women if it didn’t work.

SUCCESS... round three produced our son Samuel - a miracle we hold dear everyday. 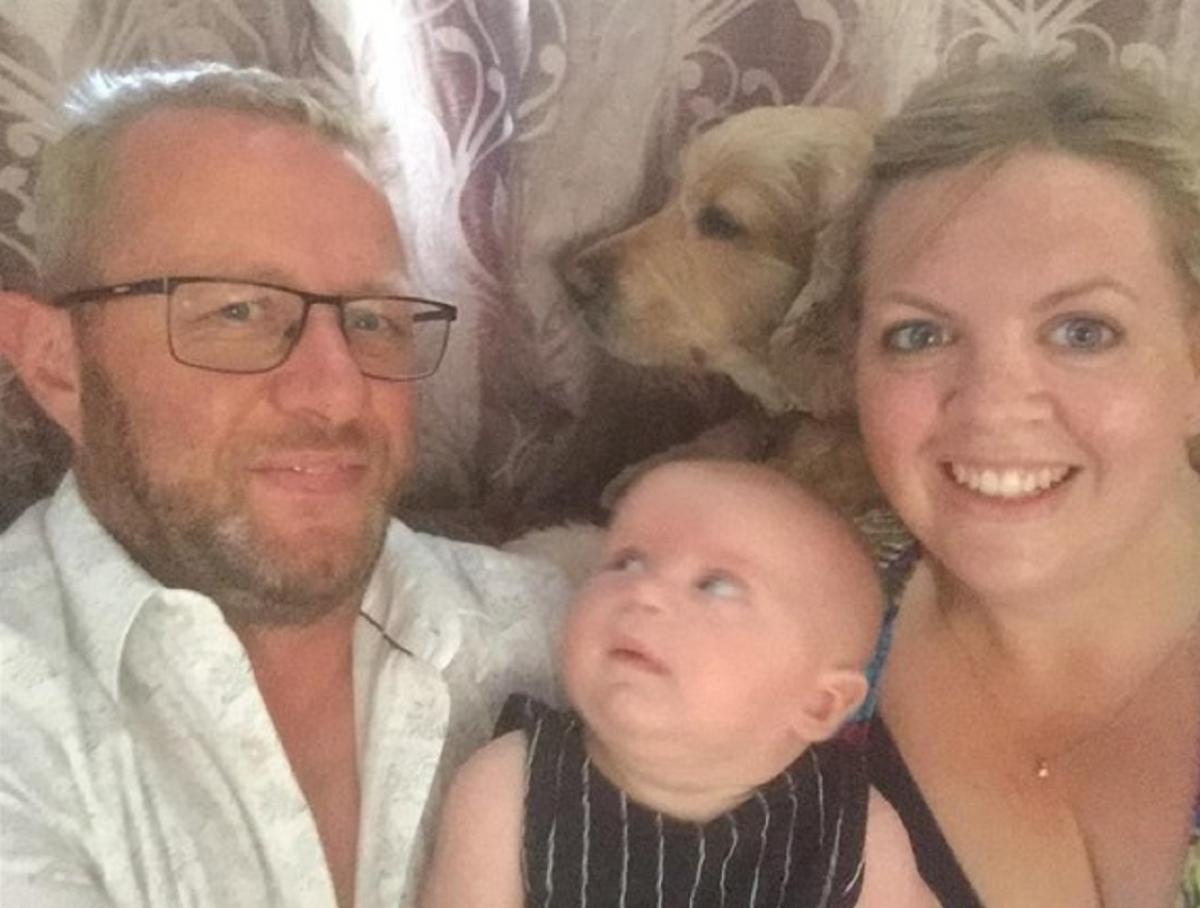 So, this is why we are running for Tommy’s. We are one of the lucky ones in that Samuel is here. So many woman are still struggling with multiple miscarriages. Many women are giving birth too early leading to complications and babies are being stillborn.