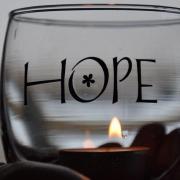 I will never forget the year 2015, the year I married my best friend, I was so full of joy. For many years I never expected to get married as I had never met the right person and was in my late 30's. I returned to the UK in 2010 and met David. I always knew there was something special about David and eventually we started dating in 2013.

We had such a wonderful wedding day, I didn't think too much about children, in fact I thought maybe I would not be able to have them due to my age. It was a shock to find out after 4 months that I was pregnant. I was so happy, I cannot describe the emotion I felt, it was like a feeling of pure joy, I just could not stop smiling.

The pregnancy seemed to be going ok, although I felt so rough, I felt sick all the time. I never thought for one minute there was a problem. I will never forget the moment when at the 12 week scan the look of the nurses face when she asked how many weeks I was. I just knew then that our child was gone. We then went through the process of waiting, this is awful to have to wait another week so you are carrying a dead baby for another week, we both were numb.

I eventually chose to have a medical miscarriage procedure as the baby would not miscarry naturally. This was really traumatic as the procedure did not work and they had to remove the baby, it was truly awful.

In time we both healed and hoped that I would conceive again. I did again in February and subsequently in March and both times miscarried early. We are now going for tests which hopefully should find some answers.

The one thing I feel from this whole experience is that miscarriage is something viewed as a shame and people just don't want to talk about it. I really think this is wrong, I have lost 3 babies so I am a Mother, just because my babies did not live to full-term does not mean they were not real babies.

There is an ending of hope to our story, whilst we don't yet have our Rainbow baby we are trusting God that he will give us our baby at the right time. Our Faith in Jesus has got us through many dark days and believe there is hope after Miscarriage as awful as it was.