It was 17 March 2020 and the day we’d had to go into a two-week isolation with our son that I realised I was pregnant. The whole pregnancy was awful, I had terrible nausea which didn’t stop and, as I got bigger, I had really bad back pain.

The 12 and 20-week scans were fine and we had some private scans too, one at 18 weeks and another at 32 for peace of mind because we were moving from London to Northamptonshire. Both were absolutely fine.

On 30 September we moved and, although I didn’t do any packing or lifting, it was still quite stressful and I felt exhausted. My back was extremely sore and I had some pain in my groin, but just put it down to a busy day.

I woke up around midnight bleeding and when I went to the toilet there was a lot of blood so we panicked and called 999. The ambulance arrived within 6 minutes, but my husband needed to stay home with our son, so I went to hospital on my own.

They immediately started looking for my baby’s heartbeat which took a long time but the paramedic stayed with me, holding my hand, until they did. I genuinely thought we had lost her until then.

A junior doctor came to see us initially and said it was unlikely to be anything serious. She did an internal examination and, when the speculum went in I felt a huge gush of blood, that’s when the emergency button went.
The consultant arrived and said because I’d lost a lot of blood, they were worried about placenta praevia or abruption so they’d deliver by emergency C-section as soon as possible. I was 33 weeks and 4 days.

A neonatal doctor then came to see us and explained our daughter might not be breathing straight away, we probably wouldn’t hear a cry, we wouldn’t get to hold her and that the priority was to get her breathing and take her to neonatal intensive care unit (NICU) immediately. They also gave me a steroid injection to help her lungs get going after she was born.

Phoebe arrived at 9.30am on 1 October and cried immediately. It was the biggest relief. I saw her briefly as she was wheeled out to NICU, then I went into recovery. The doctors confirmed that I’d had a placental abruption so it was vital they had done the emergency C-section.

Seb went to be with her and video called me so I could see her properly as I couldn’t visit her until I was able to get out of bed and into a wheelchair. I’ve never wanted to be able to move so much.

Later that evening, I got to meet her. She was on oxygen at that point, but the neonatal nurse was amazing. She explained everything: what every tube was, what every beep meant.

I was able to hold Phoebe myself, but not for long as she needed to be in her incubator to conserve energy.

The nurses on the delivery ward helped me to hand-express colostrum into a syringe, but it was painstaking. We’d get 1 millilitre at a time which would be immediately taken down to Phoebe in NICU.

I’d been told it was too early to use a pump, but actually there was a special setting on the pumps to initiate lactation so as soon as I started using that, the milk came easily and I was able to provide plenty for Phoebe.

Although I was physically recovering well I was in a complete emotional daze.

I felt like my body had failed me and kept going over and over how it could have happened. I also had no stuff, nothing for the baby, nothing for me, it was all in packed boxes in our new house.

She came off breathing support the day after she was born and very quickly moved out of the high dependency room to a normal room that she shared with another baby.

Caring for Phoebe in hospital

Her blood haemoglobin levels were low because I’d lost so much blood in the abruption and so the resulting anaemia meant that she didn’t have the energy or stamina for breastfeeding. She’d latch well then immediately fall asleep so I had to express as if I was feeding her normally, around eight to 10 times day, then she was given my milk through a naso-gastric tube.

I couldn’t stay in hospital because of Covid, but I also wanted to be at home with my son as we had just moved and I wanted to help him settle. I felt completely torn.

When I was at the hospital during the day, the schedule was exhausting. Phoebe had set feeding times so I’d have to give her skin-to-skin and try her on the breast before her feed was due and then top her up through her tube because she wouldn’t have taken enough from the breast. I also had to express as if she was breastfeeding properly while at the hospital so it was relentless.

Not being able to do a full breastfeed was really the only thing keeping her there, it was so frustrating. We could have taken her home tube feeding but we didn’t feel comfortable doing that for various reasons.

Eventually, I had a conversation with a nurse about using a bottle. It was very clear that they aren’t allowed to suggest using a bottle, and that it had to be requested by the parent. I asked if they would try a bottle containing my breastmilk overnight while I wasn’t there and she took it easily for all her feeds. Literally two days later we went home.

I was nervous bringing her home after so long with support at hospital but it was amazing and as soon as we got home, she just went for it with the breastfeeding and hasn’t stopped since. We were lucky that we were supported by the neonatal home care team weekly for around two months which was invaluable.

She’s 11 months now and loves her food. She’ll take extra vitamins and iron supplements until she’s a year old but her haemoglobin levels are back to where they should be. We’ve had two appointments with a paediatrician since she was discharged and will hopefully have the last one just before her first birthday.

Overall the support and every single person involved has been absolutely fantastic. I am incredibly grateful to everyone who helped us. 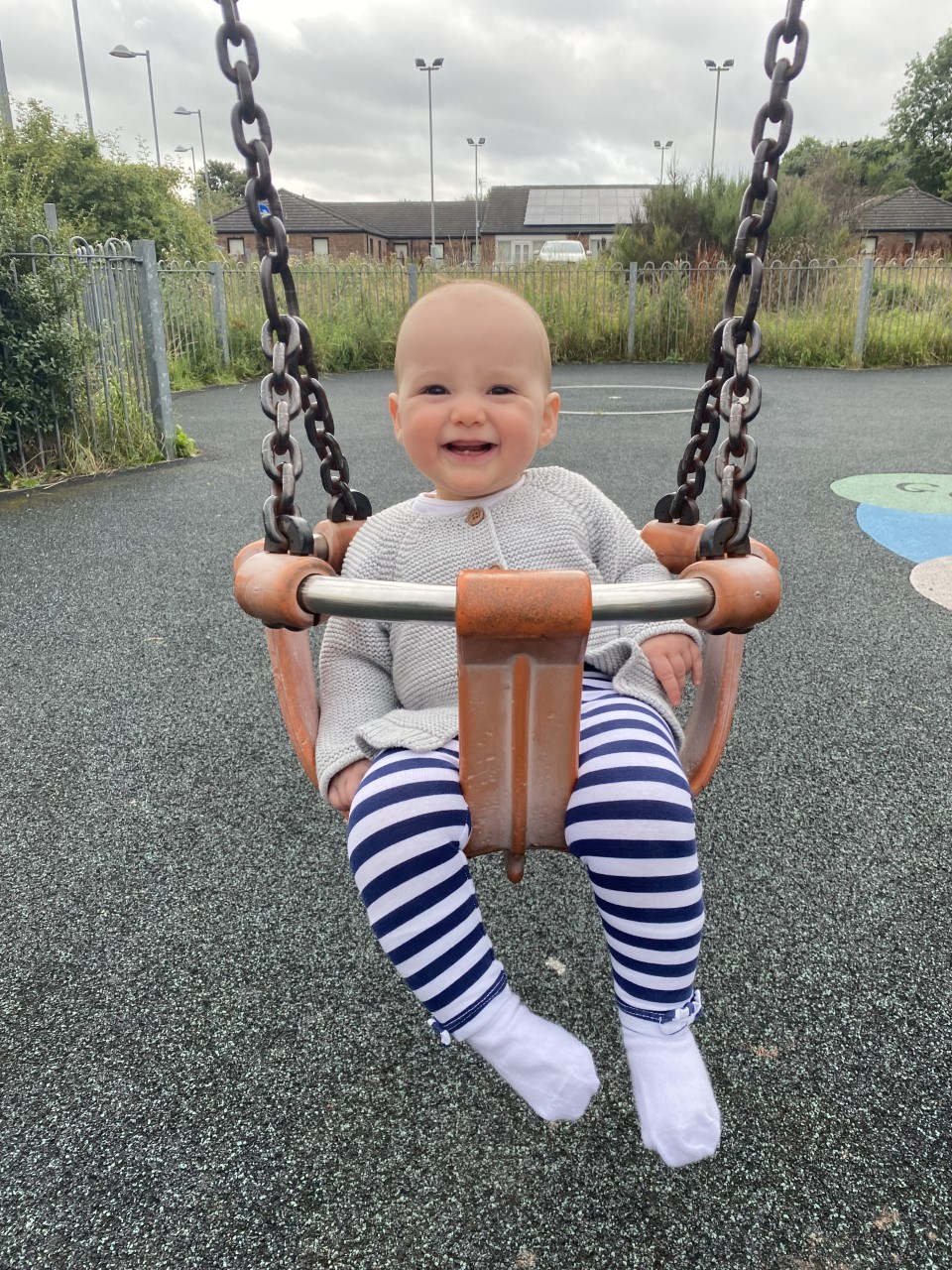