Georgia Bunning and her huge team of 120 runners took on the inaugural London Landmarks Half Marathon in March 2018 and raised an outstanding £155,000 for Tommy's. This is her story and reason for running:

In May 2017 I gave birth to my daughter, Beatrice. As the days slowly ticked passed my due date, our excitement grew and we eagerly awaited her arrival to see what the next chapter would bring.

Very sadly and unexpectedly, Bea had a tough time during the final moments of labour and was born without a heartbeat, passing away just over two and a half hours after being born. Until that point, there had been no signs of struggle and so we were left unable to comprehend what had happened and devastated at the prospect of returning home without our much longed-for child. Due to post partum haemorrhage, I was taken into theatre whilst my husband stayed with Bea as doctors battled to save her life. By the time I could hold her, she had just a few minutes left with us and she died in my arms, enveloped in the love of her family. These are memories I will treasure forever.

The days and weeks that followed are a haze; we didn’t know what to do or where to turn. Although Bea’s time with us had been so cruelly cut short, we were determined that her legacy would be long-lasting. It was the only way we knew how to parent the child missing from our arms. We were already aware of the ground-breaking research Tommy’s does and so we thought that would be a great place to start. The London Landmarks Half Marathon became the focal point of our efforts and the idea of putting our own team together, Team Bea, was born.

We were absolutely overwhelmed by the response from family and friends. So many people joined the team to show their support for us in a tangible way and were as determined as we were to change the statistics on baby loss. The fundraising effort from the whole team was immense; we kicked off with a ‘Crunch and Brunch’ event, followed by quiz nights, bingo evenings, cake sales, a football tournament, a golf day and so much more. We were stunned by the generosity of friends and family members who donated their money, time and prizes to help us out, and each time we increased our fundraising target felt like a huge achievement. I’m so proud to say that to-date we have raised over £155,000 which will go a long way to ensuring other families don’t have to suffer the same heartbreak that ours did.

Training over the cold winter months was tough, particularly when battling injuries and the elements (so much snow!). The mental health benefits of regular exercise are well documented but it is certainly true that there is nothing like a brisk run on a frosty morning to clear your head. The run gave us a positive goal to focus on and the training was a welcome distraction when drowning in a pit of your own emotions. 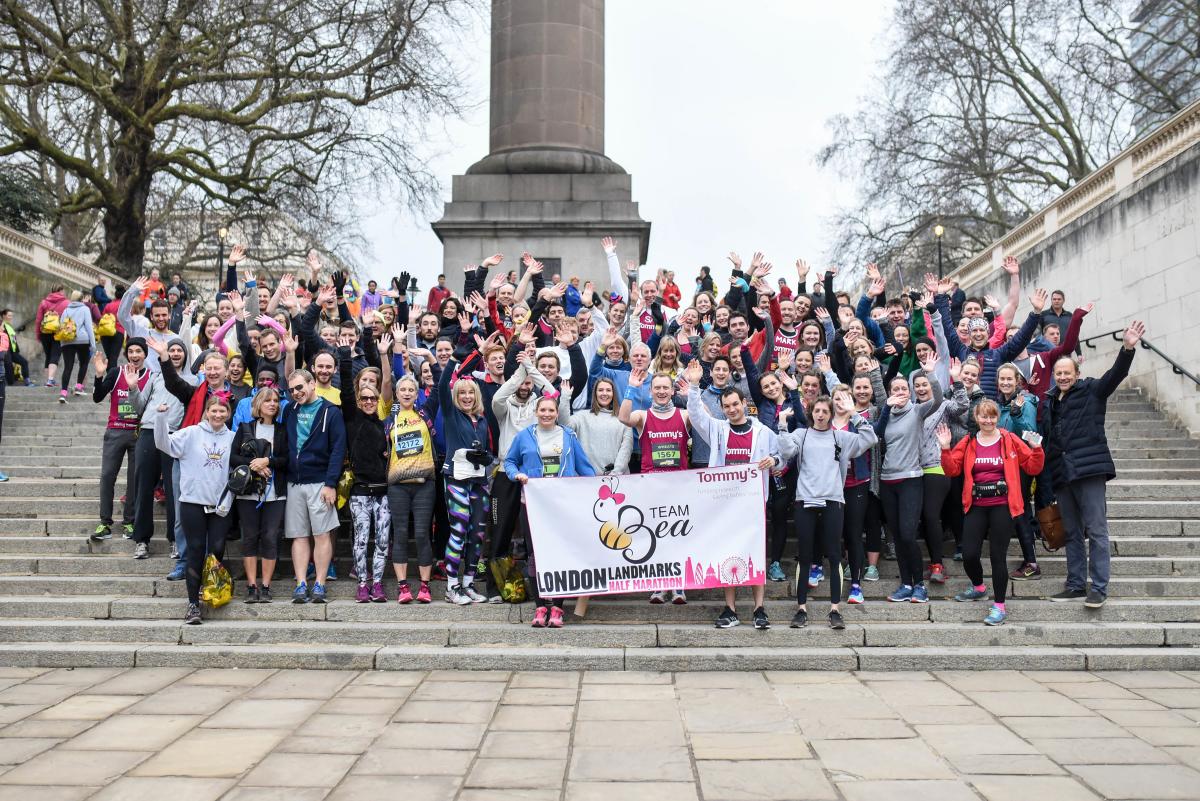 Come race day, Team Bea had over 110 runners, many of whom had never run before, and so many more supporting from the sidelines. We couldn’t believe the day had finally come and the emotion nearly got the better of me around mile 4. It felt incredible to have so many people out there with us, a physical embodiment of support. The team at Tommy’s were brilliant – providing all runners with clear communication, a fantastic route, fabulous entertainment and endless encouragement. It was definitely a challenge, but Bea’s spirit pushed us all to keep going and fight, as she had. Crossing the finish line was a moment I will never forget.