Two weeks ago Stacey Lebond shared some beautiful photos of her son Tobias, who was born sleeping, alongside her heart-breaking story of how a consultant igrnored her pregnancy concerns, leading to a missed opportunity to save her son. Not only were Stacey’s photographs of her cuddling baby Tobias insensitively branded 'GRAPHIC CONTENT' by the media, but most shockingly Stacey’s concerns about the reduction of Tobias' movements before his birth were dismissed as “new-mum nerves. 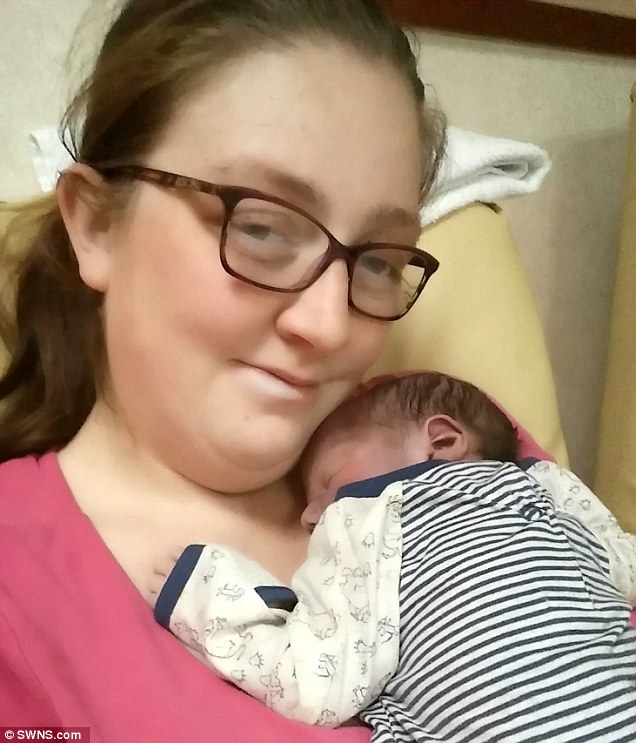 Reduced fetal movement is currently a very real but largely misunderstood problem in the UK. Two out of three women who have had a stillbirth noticed their baby’s movements had slowed down or stopped. Despite this, Stacey’s concerns were brushed off.

Stacey previously experienced a stillbirth with baby Aryton in 2012, but Tobias’ loss came much later in her pregnancy:

“This time it was a lot harder as Tobias was at full term, whereas Ayrton was really early. What made it worse was I blamed myself as I should have pushed the doctors to listen to me more.”

The hospital failed to recognise the serious implications a baby’s movements slowing in the womb can have. Stacey voiced her concerns on January 27 but was assured her baby’s condition was fine. In February, two days after her last visit, Stacey noticed her baby had stopped moving completely. Tobias was pronounced dead the next day and delivered stillborn on February 12, weighing 7lbs 5oz.

What to do if your baby's movements have slowed down.

Tommy’s got in contact with Stacey to see how she was coping since sharing her story and what she is hoping will happen going forward. She told us that the hospital she was a patient of throughout her pregnancy have done some in-house training about what staff should do if a mother reports reduced fetal movements in the future:

“That was all I was hoping for...that they’d stand up and make the changes and nobody else would have to go through this because the staff didn’t listen to them.”

Stacey also revealed that she was refused counselling by her GP following her son's birth. She told Tommy’s that her GP said it was still ‘early days’ and she would get over it:

“I think I turned round to her and said, you tell me which of your children you could live without.”

Stacey’s revelation highlights a real issue in the care of women who experience the trauma of a stillbirth. The fact that a GP refused to refer Stacey for counselling at a time when she was extremely vulnerable is a deeply shocking and worrying situation.

Stillbirth has a huge psychological impact on parents which needs be taken into account by medical professionals in the aftermath.  More emphasis needs to be put on the mental impact of this trauma in caring for mums like Stacey at this devastating time.

If you are struggling to deal with the stillbirth of your baby please look at Tommy’s advice and services that exist to help you pages. Tommy’s midwives are also trained in bereavement and are here to support you if you need someone to talk to 0800 0147 800.

Are you struggling having suffered a stillbirth? Read more about your emotions after stillbirth here

Read more about grieving for your baby here