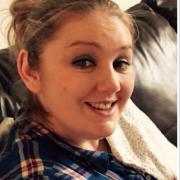 We started trying for a baby just after we got married in October 2010. Most of the people we knew fell pregnant at the drop of a hat. I know by some people's struggles that 7 months isn't that long, but for me it felt like a lifetime with friends falling pregnant all around me.

I remember my best friend being pregnant, and how seeing her belly grow whilst I was struggling to get pregnant added to my stress. Once she'd had her baby it was a relief, until another good friend announced her pregnancy!

I didn't feel well the following weekend, so I took a pregnancy test on the Monday and found out that I was pregnant. We were ecstatic. There was about 4 weeks between my friend and I, and I couldn't wait.

I had plans running through my head, but the next day they came crashing down when I started to bleed. The bleeding just got heavier and heavier, and on the Wednesday I went for an early scan, only to be told that I'd miscarried.

I do feel grateful that I only had a day of knowing, but at the same time, the thing I wanted most in the world had gone. I was devastated.

My husband refused to talk about it. I also felt that I couldn't talk to my friends as another friend was pregnant. I felt very alone. A few weeks later another good friend announced that she was pregnant, and whenever I met them I could see exactly where my pregnancy would have been.

In September one of the ladies rubbed her bump in front of my face and said: "You like my bump?"

Her reasoning behind it was that I wasn't interested, not the fact that I couldn't cope. She just said: "You weren't that far gone", and asked why I couldn't be happy for her. Needless to say, I never spoke to her again.

Five months later I found out that I was pregnant again, but I had a massive massive bleed at 11 weeks. I was inconsolable as I thought it was happening again. Luckily it wasn't, but from 11 weeks until 23 weeks I bled continually, and was advised I'd had a threatened miscarriage. I was told by doctors not to expect a baby at the end of it, which is bad enough, let alone if you've already gone through a miscarriage.

The pregnancy was hell and I ended up with prenatal depression, and told I'd have postnatal depression. No one seemed to understand that all I wanted was my baby, nobody took into account the miscarriage I'd had before.

Luckily my princess was born five days before her due date, perfectly healthy. It's only now that I think, that if I hadn't of had the miscarriage I would never have had my daughter. It still hurts and I'm writing this in tears, but I think that's mainly for the heartache other people brought surrounding it and the fact that I didn't get the support I needed.