In March last year NHS England Maternity Transformation Programme launched the Saving Babies’ Lives Care Bundle; a new set of guidelines to reduce stillbirth. We were pleased to be part of a group asked to help develop the care package. Our Movements matter campaign has led the way towards achieving one of the care package's four main goals by raising awareness of reduced fetal movement.

It has never been safer to give birth in this country, but there is more that we can do and reducing stillbirth continues to be a priority for the NHS.

There are currently around 665,000 babies born in England each year. But there are over 3,000 stillbirths.

While the majority of women receive high quality care, there is around a 25 per cent variation in the stillbirth rates across England. This presents us with an opportunity to make improvements.

In March last year a new set of guidance called the Saving Babies’ Lives Care Bundle was launched by the NHS England Maternity Transformation Programme, as part of a drive to halve the rate of stillbirths from 4.7 per thousand to 2.3 per thousand by 2030 – potentially avoiding the tragedy of stillbirth for more than 1,500 families every year.

The package was developed by groups brought together by NHS England, including midwives, obstetricians and representatives from stillbirth charities.

It brings together four elements of care identified by best available evidence and good practice to help reduce stillbirth rates. These include:

Though the NHS already follows much of this best practice, The Saving Babies’ Lives Care Bundle is the first time that guidance specifically for reducing the risk of stillbirth and early neonatal death has been brought together in a coherent package.

The Maternity Transformation Programme has partnered with the University of Manchester, who are conducting an evaluation of the implementation of the Saving Babies’ Lives Care Bundle. The evaluation programme will be known as SPiRE – Saving babies lives Project Impact and Results Evaluation.

Phase one of the evaluation, including a feasibility study, has been completed, and Phase two will involve data gathering from a sample of 20 maternity sites which have been implementing the Care Bundle.

This week I attended an event launching the implementation phase of the evaluation. Representatives from the pilot sites and other key stakeholders joined together to learn and discuss how the implementation will be evaluated over the coming months.

We expect to see the final report published in November 2017.

In addition to the formal evaluation, we are currently running a Care Bundle Survey, gathering information from all trusts on implementation progress and lessons learnt. The results are packaged and shared across trusts to improve the breadth and quality of implementation, with each trust receiving their specific tracked results, as well as broader trends, action planning and case studies.

The most recent survey, with data gathered between March and June 2016, shows the majority of providers are implementing improvement activities across all four elements of the Care Bundle.

In many cases providers have been able to implement 100% of the guidance for some elements. This is more common for elements 1 and 4 (with 44% and 43% of providers following the guidance fully) than with elements 2 and 3 (21% and 24%).

Another survey is ongoing and we look forward to getting a full picture of the latest results shortly.

This work stream is underpinned by the Department of Health’s Safer Maternity Care Action Plan, launched in October 2016. The national package of measures includes maternity safety training; an innovation fund for maternity safety; publishing of maternity ratings for CCGs across England, the Maternity and Neonatal Safety Collaborative, launching in February 2017 to support improvement in the quality and safety of maternity and neonatal units across the country.

Other activities within this work stream include the Stillbirth Information Hub which, in consultation with stakeholders, is being developed online to support communication of the Saving Babies’ Lives Care Bundle and to act as a single point of access to wider information regarding the prevention of avoidable stillbirth.

Testing is planned during Q1 2017 and, if successful, the model will be replicated across other work streams of the Maternity Transformation Programme.

Another activity involves CCG funding to tackle smoking in pregnancy. 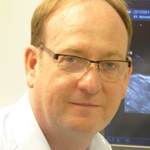 Dr Matthew Jolly is National Clinical Director for the Maternity Review and Women’s Health, NHS England, taking up the role in October 2015.

He is an experienced clinician who is committed to providing excellent individual care and to the strategic improvement of maternity services and women’s health.

Matthew qualified at St. Mary’s Hospital Medical School and trained as an obstetrician and gynaecologist in the North West Thames region, including two years researching the role of maternal metabolism in fetal growth at Imperial College School of Medicine.

He trained as a sub specialist in maternal and fetal medicine at the Centre for Fetal Care, Queen Charlotte’s & Chelsea Hospital. Since 2001 he has worked as a consultant obstetrician and gynaecologist at Western Sussex Hospitals NHS Trust and Portsmouth Hospitals NHS Trust.

Find out more about our Movements matter campaign here.