Story of Miscourage, by Kathryn

I call it a fight, as that is how I deal with most things in life - fighting back, taking control and refusing to accept the situation.

My miscarriage story started in February 2016 - it was early, at about 6 weeks and I put it down to one of those things. I then fell pregnant again two months later. At 11 weeks I started spotting - I tried not to panic but that's easier said than done.

We went to A&E, but were unable to get a scan until 4 days later. I would have driven myself insane in that time, I needed certainty, even if the news was bad, so we paid for a private scan. The news was bad - the embryo had stopped growing at around seven weeks but my body had not realised.

A further scan at the hospital a few days later confirmed the news - I'd had a missed miscarriage (MMC). I was talked through my options - wait, medical inducement or surgically managed miscarriage (SMM). I opted for SMM, which I had the next day - I wanted it over and to move on and try again, surely we'd have better luck next time? Sadly not, I had another early miscarriage in September 2016 and then a further MMC followed by SMM in January 2017.

January 2017 was a very dark and bleak time, I cried for days. I was facing the prospect of never being able to have a child with my husband. I remember saying to my Mum that I didn't know how I would cope if I couldn't have a child - my Mum's response was you will cope, you are strong and you'll fight back.

It just goes to show how well my Mum knows me - from that point the fight began in earnest. We decided to take a break from trying - getting pregnant was not our problem, staying pregnant was, we needed to find out why? I threw myself into running for stress relief/ mental well being (I even ran a 10k raising money for Tommy's - it was all part of the fight). I also overhauled my diet - I gave up gluten and dairy - I knew I had an intolerance and in my head (and I stress on no medical grounds or advice) it seemed that if my body wasn't fighting that it might not 'fight-off' a future baby. On the medical side I researched extensively and drew up a list of all possible tests I could have on the NHS or elsewhere.

Over the next few weeks I exhausted all tests available to me on the NHS - no issues were uncovered, I was perfectly normal. We'd also opted to have tests carried out on the 'products' (as it's medically termed) from the last miscarriage, however, it was not possible to separate the tissue of the embryo from maternal tissue, so no answers there either. I then turned to Tommy's - I'd read about the 'Killer Cells' trials and to me this made logical sense as a potential cause for my miscarriages.

I could get pregnant, but was my body killing off the embryos? I took two trips up to the Tommy's centre at Coventry and had tests carried out for the Killer Cells. Again this proved not to be the cause. However, the doctors at Tommy's had another suggestion.

When we started trying again I was to take progesterone supplements from a certain number of days before a potential positive pregnancy test - the rationale being this would 'shore-up' the womb lining and maintain a home for the embryo.

We tried again the following month, taking the progesterone supplements as prescribed and success, I was pregnant. The weeks of wait until my first scan at 8 weeks were torture. When the scan revealed a heartbeat it was pure disbelief.

I spent most of the first two trimesters trying to protect myself, not letting myself get excited, not believing and approaching each scan/test expecting the worst (I constantly had a handover note prepared at work just in case I had to disappear and have surgery again!). I gave up all physical activity, despite there being no medical reason to do so, and I tried to reduce my hours and stress levels at work (I'm a lawyer so easier said than done - though my managers were very understanding as I had been very open about my troubles to date) - I wasn't taking any risks.

I didn't start to relax, even a little bit, until I felt the baby move and as those movements increased so did my belief that this was actually happening! Our rainbow baby arrived happy and healthy, a week overdue in January 2018. 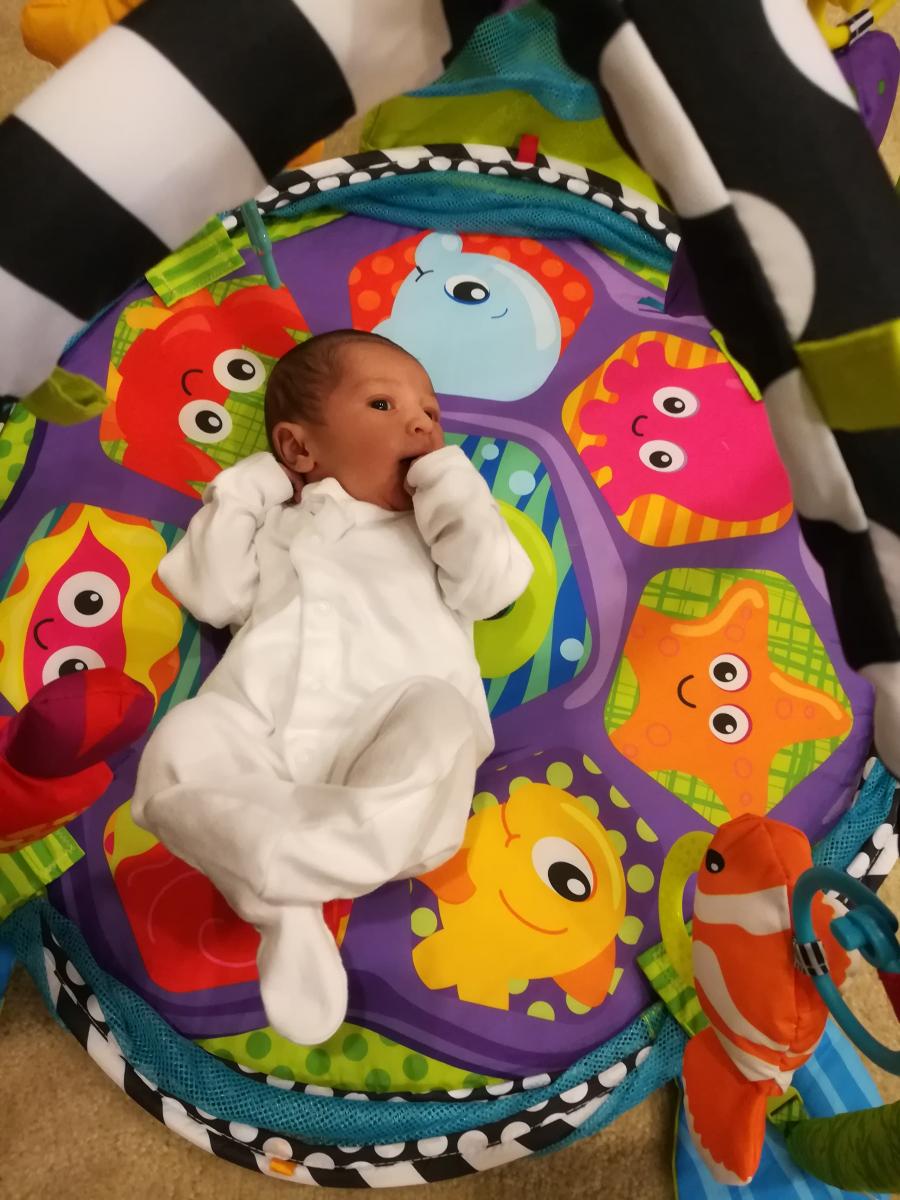 Whether we were successful this time because of the progesterone, because of the 'scratch' from the Killer Cells test (another trial being run by Tommy's), because of healthy eating and living, or just pure pot luck we'll never know.

However, what I do know is that for me 'fighting back' in this way against recurrent miscarriage allowed me to cope and to not lose hope that somehow, someday we would get our rainbow baby.