I’d always wanted a family and was lucky to conceive quickly and enjoy a straightforward pregnancy and birth. Having Charlie was a very positive experience. I naively assumed it would be the same next time and did conceive quickly but, from the get-go, it was very different.

I bled from around 6 weeks and, although the 12-week scan was fine, I was worried. They kept telling me baby was okay but couldn’t explain the bleeding. It really concerned me so I went to hospital quite a lot but they were very supportive. I just couldn’t believe that it wasn’t affecting my baby.

At 26 weeks, I texted a friend to ask if she’d had Braxton Hicks because I felt funny and the bleeding was heavier. She said it was too early and came to sit with Charlie while I went to hospital as my husband was away for work.

They checked, found a urine infection and monitored me but I felt a bit foolish for turning up in the middle of the night.

A lovely lady came in and said she’d do an internal just to be on the safe side, that’s when they discovered my waters had broken.

I was petrified, my husband was miles away and only my friend knew I was in hospital. I called Mike and he set off for the hospital.

A stay in hospital

I was desperate for answers but there were none, just wait and see because it was likely I’d deliver within 48 hours.
After a couple of days and various scans my friend and mum visited one evening and were shocked at how unwell I looked, the nurse checked me, I was given pain relief and slept.

I was excited the next day, Saturday, because Charlie was coming to visit. I remember texting my sister to say I was getting cramps but when she suggested I might be in labour I dismissed it. Then Mike arrived with our son and I don’t really remember anything after that.

It kicked off quickly, lots of doctors in the room. I felt so poorly because I had sepsis, the baby was distressed and I needed an emergency C-section.

I’d been given magnesium sulphate as a precautionary measure on the ward and they gave me a second dose then which was horrible, it feels like your body is going to explode but you know it’s so beneficial for baby.

I don’t remember much more but it felt like there were 5000 people in the room when Bertie arrived at 27+4 weeks. The neonatal team had talked me through everything which helped but, in a way, it all still feels like a story that happened to someone else, lots of mums have told me they feel the same way.

He was breathing but it took 3 attempts to get him going and, once he was stable, he was taken swiftly to the neonatal unit while I went to recovery.

Mike gave me updates and I met the consultant who saved his life but, a few hours later, he’d taken a turn for the worse and was being transferred to Bristol.

I met the NEST team who would take him there and I can still picture the man telling me, so calmly, what was happening. I was petrified but he was so reassuring.

I hate myself now but asked Mike to stay with me rather than go with Bertie, I’m so glad that he didn’t. The next day he was able to see him on the ward where he was poorly but stable.

Two nights later I went to join them as a patient before being discharged 3 days later. Mike got a room in a Cots for Tots house near hospital for parents of babies on neonatal so I could see Bertie, holding him was amazing. Eight days later he was able to go back to Gloucester.

I’d been told the neonatal journey can be one step forward, 2 back and Bertie’s was, it still is a bit. Progress was slow and steady, they called him the tortoise on the unit.

It was a stressful time, us mostly with Bertie and Charlie having lots of sleepovers, I do feel he missed out a lot but he took it all on board.

On our 100th day in neonatal we got a cake and then he came home in April on day 120. He was on oxygen, which terrified me, but we adapted and, by August, it was only at night and by October he didn’t need it at all.

The challenges of bringing Bertie home

It’s important to know the neonatal journey doesn’t end when you leave NICU, it’s been hard and challenging even after coming home.

In hospital he had the best care from amazing professionals, at home it was all on Mike and I which was immense pressure, a huge weight of responsibility.

And so much guilt, that you should be enjoying him being home but it was so hard, that he was premature even though I knew it wasn’t my fault. I struggled hugely with feeding and he lost a lot of weight. I spent days doing whatever it took to get him to take a bottle, he’d be sick, I’d try again, and again. It consumed me.

By the December he needed a feeding tube again through his nose to his tummy which felt like a step back, but it was best for him. I didn’t feel I could cope but it was our only option. He should have been on solids but everything came back up again, he’d have recurring chest infections, it all felt so relentless.

He’s now had a gastrostomy, a feeding tube straight to his tummy, since last February. We give him high calorie milk through that because, although he does eat, it’s sporadic and he is still very sick. It’s challenging and he’s still very small but he’s doing really well which is such a relief.

I started counselling in November 2018, it wasn’t offered earlier and 100% should’ve been. I was lucky to find a charity in my area and found it immensely beneficial to talk about it all. I’m also part of an online community that meets on Zoom every other week and I’ve made friends from neonatal who will be friends for life because of that understanding, that shared bond.

It’s tough and it’s important to acknowledge that, as much as I love my children and am extremely grateful for them, it can be really tough.

I’m hoping to volunteer on neonatal because I want people to know that, when they do go home, they may well need help and that help, that support is out there. 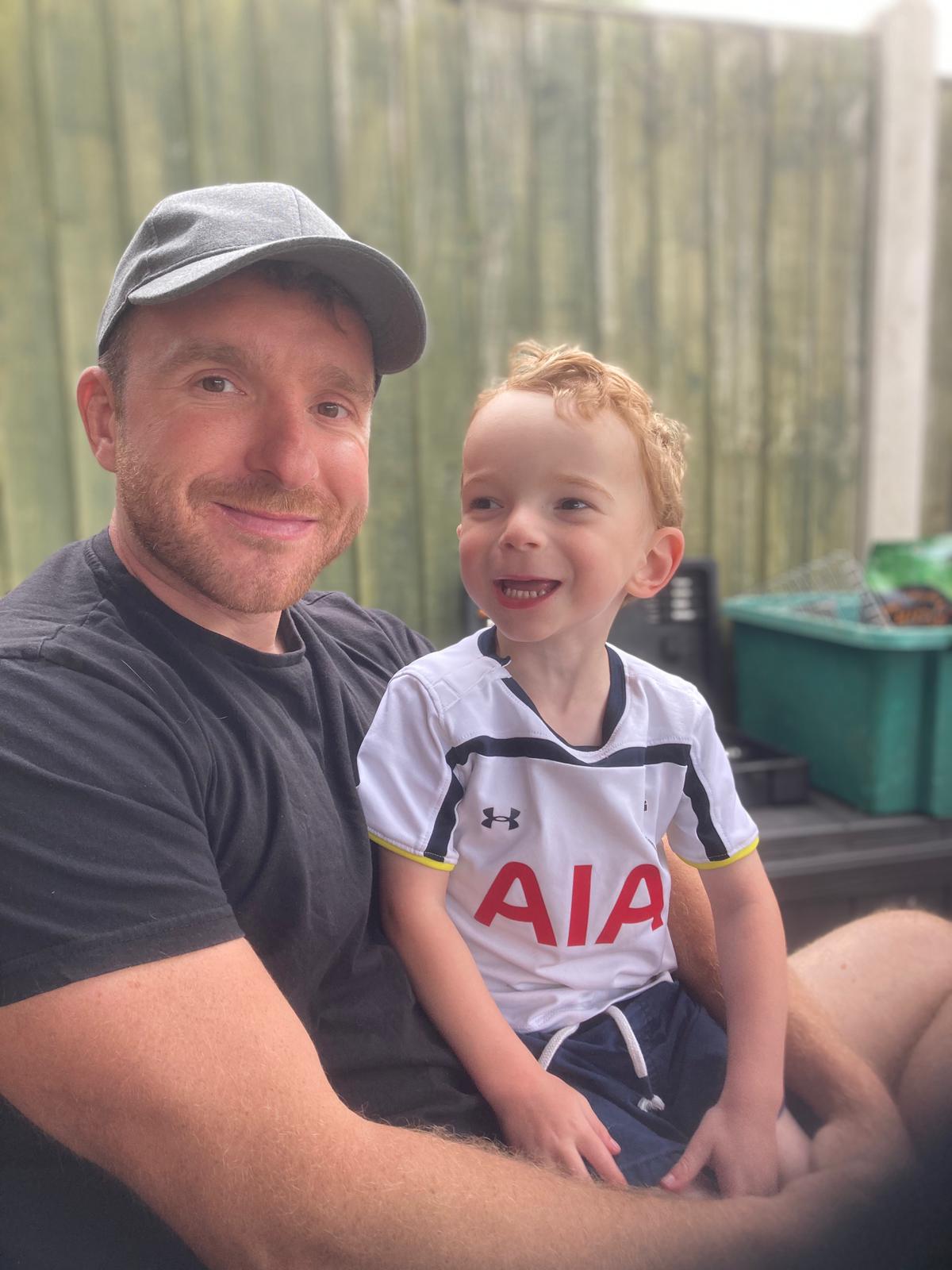