It was a wonderful surprise to find out we were blessed with identical twins at our 12-week scan. At week 13, I went to hospital with hyperemesis gravidarum which left me extremely dehydrated and poorly but after IV fluids and medication it subsided.

Then, at 14 weeks, I started getting stomach pains which, as it was my first pregnancy, I assumed were normal. At a 16-week scan we learned one baby wasn’t as active as they should be and there was a size discrepancy between the two of them.

Our consultant was concerned they had developed twin-to-twin transfusion syndrome (TTTS) and immediately referred us to UCLH for a scan.

I was well aware of the risks around TTTS but struggled to understand it was happening to us.

At UCLH a few days later TTTS was confirmed, stage three which is severe. The chances of survival weren’t good and they decided to operate that day which was heart-wrenching and a feeling that will never leave me. I think I believed the surgery would fix things and we could start enjoying pregnancy – shock and denial consumed me.

Laser ablation isn’t pleasant; they cauterise the connecting blood vessels to even the flow between the twins. They also performed an amnio-reduction as one twin had a lot of fluid around her. After surgery, I was given pessaries due to there being a high risk of miscarriage over the next month. We were then sent home to wait and see if our babies would survive.

A week later the condition had not progressed as the consultants had hoped and a scan the following week was the same news.

I tried to stay positive, it was the only way I could cope, but inside I felt so out of control and failing, a level of hurt I’d never felt before.

Another scan a few days later showed no improvement but no deterioration either so we clung to that positive. However, some deep connecting blood vessels inaccessible by laser had caused something called twin anemia polycythemia sequence (TAPs) – one twin had become anaemic and there was too much pressure on both of their hearts.

A heart specialist said it was unlikely either of our babies would survive. The consultant said they would deliver if we got to 24 weeks but that was unlikely, he then explained they’d usually offer a termination for medical reasons (TFMR) to give one twin a better chance of survival but because both of their tiny hearts were under such extreme pressure, it wouldn’t be an option in our case.

We decided to wait and see while preparing ourselves for a likely miscarriage. We also decided that, if they deteriorated we’d have to consider termination for medical reasons because we couldn’t bear the thought of them suffering.

It was horrible, I could already feel them kicking which made it so real and I just felt my body was failing them both.

A week later they hadn’t deteriorated. Another week and no deterioration and then, gradually, slight improvements. It felt like a miracle, they’d been so certain they wouldn’t survive.

We had scans every 2 weeks and, at week 25, talked about delivering them at 36 weeks which is normal for twins but, the night before my final scan at UCLH, my waters went. I was 27 weeks.

I’d felt unwell all day and thought it may be Braxton Hicks but my mum said it sounded like the beginning of labour. I went to lie down and felt water, shouted to my partner then realised it was blood, so much I thought I was having a stillbirth. I was terrified.

An ambulance took me to hospital where a scan and internal showed both babies were fine, twin one’s waters had gone and the blood was from the surgery. They monitored me for a couple of days and sent me home on Saturday but on Monday my plug started coming away so I was admitted.

A week after the first waters went, the second went so I was pumped full of antibiotics then, at 29+4, I started leaking green fluid and they were worried about meconium so scanned me and found there was no water around either baby. They needed to deliver.

They said I could only have the magnesium drip to help brain development for around 2 hours but I fought for the full dose overnight which was so uncomfortable.

Olive arrived at 10.09am and Edith at 10.10am via C-section and, although needing help, they didn’t need resuscitating, they were strong little girls. We didn’t get to meet them properly until 8pm and they were doing well, on oxygen via CPAP rather than ventilators.

We spent 8 weeks in hospital and it was a real journey. After a honeymoon week of doing well, Edith got nectrotising enterocolitis (NEC) a gastrointestinal issue which can kill. It was so frightening, and we constantly felt on borrowed time, as if something terrible would happen and our luck would run out. Edith was given antibiotics and put on nil-by-mouth for two weeks because her liver wasn’t functioning properly and she was so poorly. Two blood transfusions followed as she fought the infection. It was the hardest point of our NICU journey, we couldn’t help but fear the worst and we’d lose her.

We’d become so accustomed to bad news, to trauma, that our resilience had been completely diminished and we were running on empty.

Olive was much better and sent to special care but then her oxygen levels dropped so she was quickly returned to be with her sister in NICU – we think she just missed Edith! The only concern was a small hole in her heart but it doesn’t require surgery and they expect it to close on its own.

They both came home without oxygen and feeding tubes and did really well but I was a nervous wreck, terrified to leave the house and needing everything to be clinical and perfect for fear something terrible would happen.

A brilliant health visitor and some counselling with Petals have both really helped me and my partner. The experience has scarred us both but, as the girls become stronger and more robust, I feel more confident. Their first birthday was a huge trigger, I think birthdays always will be, because it makes us think of all we could have missed out on.

To be honest, parenting them has been a walk in the park compared to getting them here in the first place. We feel privileged that we get to have the sleepless nights, tantrums and walls decorated with food!

We feel lucky and thankful every day, thankful to all the incredible professionals at UCLH and Princess Alexandra Hospital, people we’ll probably never see again but who became like family to us, helping us navigate the most difficult moments.

If I’m honest the biggest thank you is reserved for our two little miracles, they never gave up and we are so grateful to them for that. 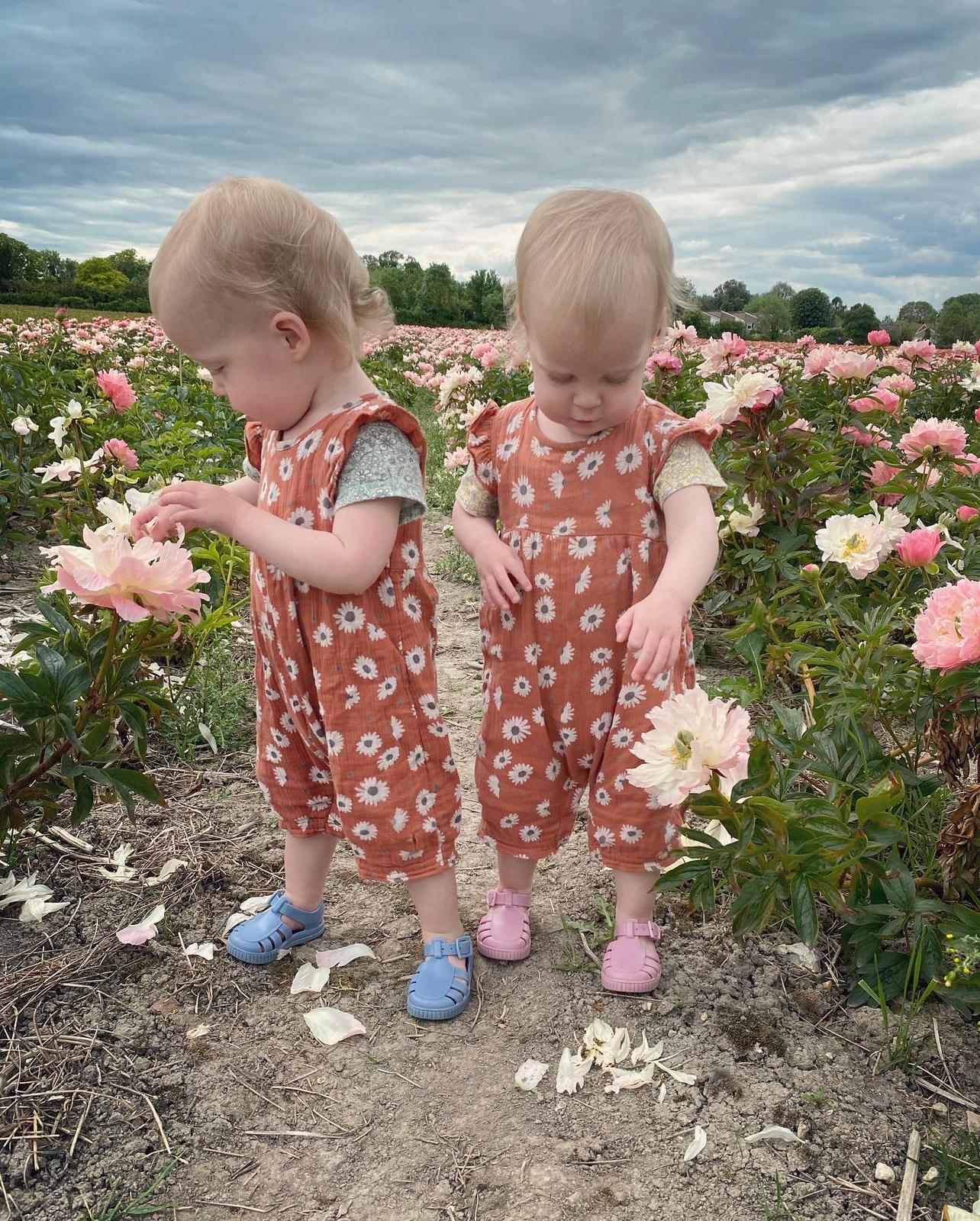