We fell pregnant in March 2013 and felt a little nervous but mostly really excited. I wasn’t worried because I’d never known anyone who had problems and, even though there was a little early bleeding, everything seemed fine.

Then, at 34 weeks, my waters went at work. I was given steroids at Stevenage hospital and a scan showed enough fluid so I was sent home. Two days later I woke up to a little bleeding, went to hospital and was told I was in labour. Sam arrived at 34 +4 weeks, I never found out why. He spent 10 days in special care but was generally okay, Matt and I weren’t. We felt traumatised, it was such a scary start to parenting life and everything, even changing a nappy, felt intimidating.

I never got the pictures cradling a new-born, the maternity leave, the celebration, the time to prepare and I think it was hard to lose all those little things.

Mostly it’s difficult not being able to say the days my sons were born were the happiest of my life because they weren’t, they were the scariest.
It wasn’t until after I was diagnosed with PTSD. I’d have panic attacks on the Tube and watching the news terrified me. Sam had colic, reflux and a cow’s milk allergy, I was anxious all the time.

The idea of going through it again terrified me but, at age 36, I felt that if we were wanting more children we needed to get on with it. It didn’t happen for a while and eventually I went to see a private doctor who put me on progesterone. I was 38 when I fell pregnant again and so happy after such a long wait.

The pregnancy was awful though, I was so paranoid. When an early scan at nine weeks confirmed twins, I burst into tears. We just didn’t think we’d cope with 2 babies.

We were told they shared a placenta, at the time we didn’t realise that meant the pregnancy would be higher risk. The 12-week scan showed one twin had high nuchal translucency and, after a referral to a foetal medic, we were told it could indicate genetic abnormality, a heart defect in one or both babies or twin to twin transfusion syndrome (TTTS) where blood flow isn’t equal so one baby doesn’t get enough, the other too much. If untreated both can die.

Scans became weekly because TTTS can progress so quickly and I felt like a ticking time bomb. It was horrendous, I lived in constant fear.

At 23 weeks I expressed concerns that one baby didn’t look right but was assured it was fine. That was Wednesday and by Friday I felt out of breath and my bump was larger, both signs of TTTS so I called the midwife on the Monday who said to wait for my scan on the Thursday. By Wednesday I was in excruciating pain and this time called the twins midwife who said it did sound like TTTS and we needed to be seen in London where we had a scan booked the next day.

The scan confirmed it was bad, stage 4 TTTS, and they need to operate immediately or both babies would die. The consultant didn’t seem to have much hope for them.

Thirty minutes later I’m laid on my side as they made an incision into my bump then fed a laser through to effectively turn one placenta into 2. I remember crying and the doctor explaining I had to stop because he needed me completely still. I saw one little hand on the screen in 3D and it broke me, I’d spent so long being too scared to think of these babies as real and there they were.

They were more worried about Zack, the recipient baby, and didn’t seem to think he’d pull through surgery but, after, there were 2 heartbeats. A scan the next day showed they were still alive but we weren’t safe, it was a waiting game, week by week.

At 26 weeks we found Zack had suffered a massive brain bleed and I cried but felt so numb, not sure how much more I could take. A week later a foetal MRI then another week of waiting only to be told that, if he survived, Zack was unlikely to ever walk, talk or feed himself. They said he would have no real quality of life and it was the worst thing to hear.

We went home, tried to process what was happening. The next morning my waters broke and I panicked, I knew it was too early.

My placenta had abrupted and they were born by emergency C-section at 8.44am and 8.45am. They were tiny, Zack 2lb11 and Finn just 2lb3. I was completely overwhelmed emotionally as they were taken to Neonatal Intensive Care (NICU).

That evening NICU called to say Finn was stable but we needed to come and say goodbye to Zack. I sat and sobbed, cuddling him, waiting for him to die. As I held him to my chest it helped to regulate his breathing which, I found out after, is called kangaroo care in the NICU and is probably what saved his life.

Zack didn’t die because, it turns out, he is a super child! They popped him back in his incubator and the doctor arrived the next morning and couldn’t actually believe he was still here.

People talk about emotional rollercoasters and that’s just what it was. A week later Finn got sepsis, we thought we’d lose him but he pulled through. Then Zack got necrotising enterocolitis (NEC), a serious infection in the intestine and an inflamed and perforated bowel and was rushed to Addenbrookes Hospital for emergency surgery. We said goodbye again because we were told 50% of babies do not survive. Of course, he did. He got sepsis after but again pulled through.

For 10 weeks we had one baby in Cambridgeshire, the other in Hertfordshire. Finn came home before Zack but then I noticed he was wheezing when he breathed. A&E said it was viral but I was so scared I posted a video of him on an allergy group on Facebook and was told about floppy larynx. Back to A&E and they blue-lighted him to Addenbrookes because being on ventilation had scarred his airway forming cysts which meant he could only use 10%. The surgeon said he wouldn’t have survived another day. He has had 2 more surgeries since then but no major emergencies.

The twins are 2 now and Zack has cerebral palsy, global developmental delay and a bilateral squint. He’s doing really well, walks with a frame, chats and plays with his brother. He gets frustrated when he can’t do what Finn does but I think it spurs him on to try. He’s proven everyone wrong.

I’ve read many stories about people in our situation but you rarely hear from parents with one twin who is disabled, we are like a hidden society so I want to try and show other parents going through this that they are not alone. And that there can be a happy ending.

We are a happy ending! I can hear my boys upstairs now, giggling away together. I wish Zack hadn’t had a stroke because life would be easier for him but I’m so glad they are both here and I’m so glad Zack is who he is because he is absolutely amazing. 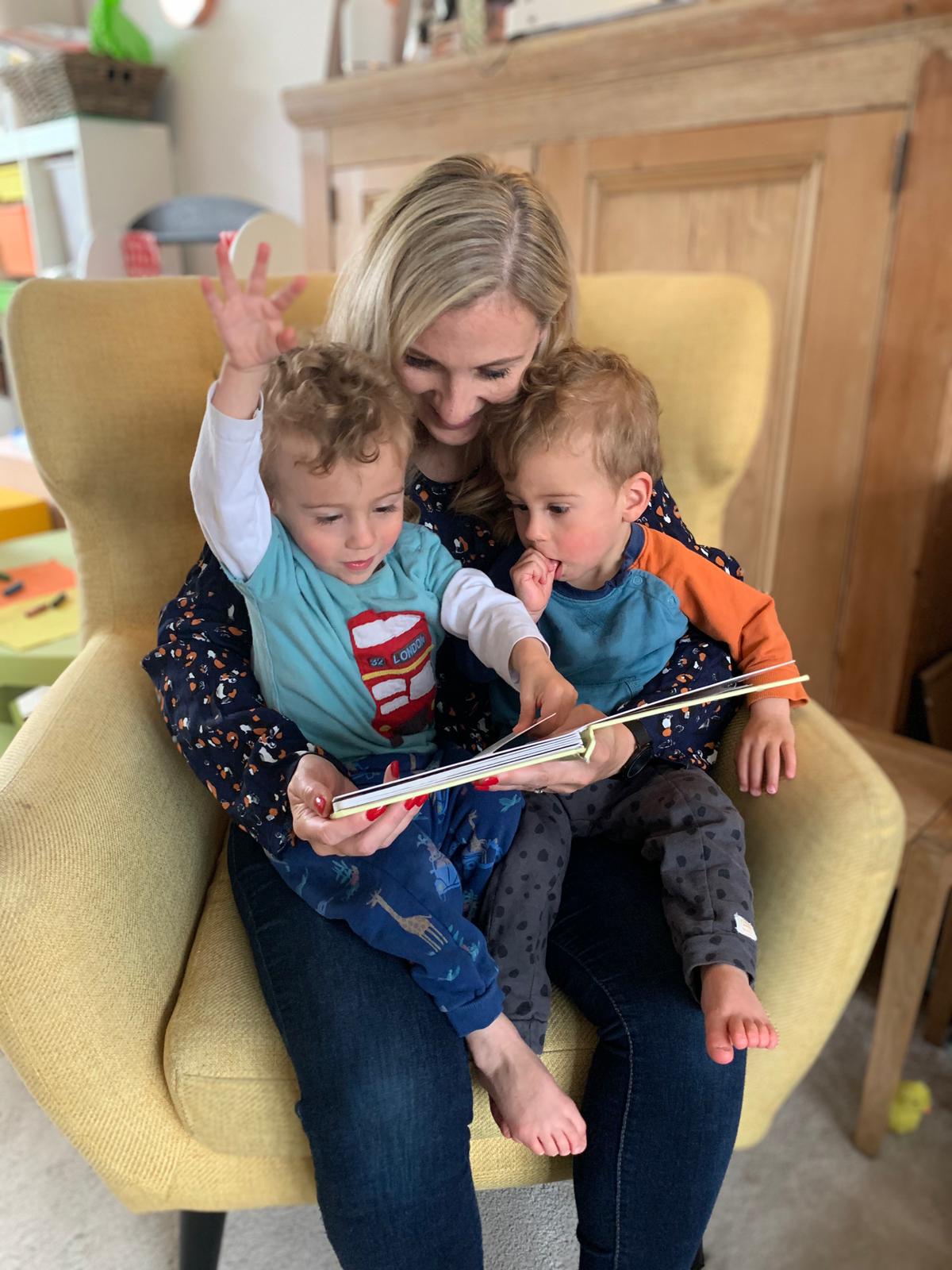