We started trying in 2014 and 3 months later we were pregnant. I had an early bleed which scared me but a scan showed everything was fine as did our 12 and 20-week scans at the local hospital.

Weirdly I felt like I needed to pee a lot from the start and, having been pregnant since, I know that’s too early but I didn’t then. I’ve no medical proof but often wonder if he was positioned really low from the start.

At 24 weeks, I remember my pregnancy tracker app saying ‘your baby now looks like some type of fruit or vegetable and if your baby was born at this point its organs might be developed enough to survive if born early’. I had no idea then just how much comfort this bit of information would bring me only one week later.

At 25 weeks I woke up one day and didn’t feel right, weird flutters that weren’t painful but I was worried so called the midwife who said to go to hospital. I went to the loo before I set off and there was loads of blood, I just grabbed a load of sanitary towels and drove myself there.

I only put 2 hours on the pay and display, not expecting to be there long, then walked into reception and burst into tears. A volunteer kindly showed me to the delivery suite but when I told her what had happened she wasn’t very comforting, it felt like a sign something was really wrong.

I waited an hour then they hooked baby up and found a strong heartbeat, the nurse said she could hear it down the hall, so I kind of stopped worrying but soon after a doctor did an internal and found I was 2cm dilated with a bulging membrane. I didn’t know what that meant but everyone looked worried and I was told to call my husband immediately.

We got to delivery and everything happened fast. They assumed I had an infection, took bloods, put me on an antibiotic drip and gave me a painful steroid shot in my bum. Another scan showed baby was fine but they said I may need a C-section. When I went to the toilet there was loads of blood and they said it was important to note the size of any clots, I didn’t want to be responsible for such vital information so took a midwife with me every time.

For the rest of that day and night we were looked after by a different midwife every few hours, each with different words of wisdom and comfort. Their positivity set me up in that moment for the difficult journey ahead and taught me just how important the kindness of strangers can be and what a difference it can make.

Wilco eventually decided to arrive naturally, weighing 1lb 10. It happened as there was a shift change so we had tons of people to help him, we were so lucky. My husband, Ross, remembers one guy at the incubator in a hoodie; he’d been on his way home but stayed, such dedication.

My urine tests were clear and someone said my placenta was the most beautiful they’d seen so there were no signs of infection. Wilco went to the special care baby unit (SCBU) where he was stabilised then ventilated.

The consultant did not pull any punches, the reality was this kind of situation does not turn out well for many. It was hard to hear but we were so grateful for her honesty, she prepared us for the worst with compassion.

A stay in the SCBU

They were transporting him to Kings College Hospital in London which had a higher level of neonatal care, Ross didn’t want to leave me but they told him he needed to go with Wilco and I’m so glad he did.

I was discharged and went home in extreme shock, then our journey began. Wilco was in hospital for 88 days but you don’t take it day-by-day, it’s hour-by-hour. It’s a step forward then another back, he came off the ventilator then had to go back on. They thought he had necrotising fasciitis, an intestinal infection which can kill but he didn’t. They also thought he might have sepsis which he didn’t. He had an open valve in his heart that normally closes in the womb which they managed to treat without surgery and there was a small bleed on the brain but, thankfully, the clot dissolved and the cyst disappeared. It was one thing after another.

We visited him in hospital every single day for a few hours but we didn’t stay and there was some judgement about that but we just felt he was in the right place with the right people.  He needed to sleep and get stronger as if he was in my womb where he was still meant to be.

He was moved back to SCBU at our local hospital where I was with him all day, every day. The ophthalmologist was concerned about retinopathy of prematurity, damage to the eyes due to being born so early and being on oxygen. He went back to Kings at 36 weeks for laser eye surgery which was traumatic, he took a long time to come around from the anaesthetic and I thought he was going to die.

When he did come home he wasn’t on oxygen which we’d been told he would be. There’s always a fear of infection with premature babies, especially during the winter months, and the consultant said the best thing was to hibernate until Easter, so we did. Looking back we’d spend half our days in bed, skin-to-skin contact and constant feeding. That was our bonding time and I loved every second.

You’d never know he was premature now. They monitor his eyes because of the surgery but he’ll be 6 in August and is doing really well.

We are so thankful to the NHS and the people who looked after Wilco, and us, with such love, care and expertise throughout our journey. We now know how the smallest gesture of kindness can have such an impact on people going through something like this.

There’s a part of me that’s almost grateful for the experience and the perspective it has given me. Every day, normally when I put Wilco to bed, I think about how he fought so hard to be here. He went through more in the first 15 weeks before he should’ve been born than many people go through in their entire life.

I’d found Tommy’s when I’d had him and was desperately Googling for information, they provided it in an accessible way that wasn’t scary. After Wilco was signed off by his consultant 2 years later we began considering having another child but were scared. I found out about Professor Shennan at the Tommy’s clinic in St Thomas’ and asked my GP for a referral.

I can’t explain just how nice, how caring, he was. He explained, based on what I’d said, that 85% of people in my situation will go on to have a full term pregnancy. The 15% will give birth early but much later than 25 weeks. He also said he’d be happy to monitor me in his clinic throughout so I should go off and get pregnant then give them a call.

I was pregnant by the end of 2017 and, after the 12-week scan, was under Professor Shennan’s care until I was discharged at 30 weeks. The whole team were so compassionate, so understanding of my fear and my need to be monitored regularly. Rowan was delivered, at my local hospital, by C-section, 2 weeks late and weighing 9lb 9.

When I look at my boys together I know Rowan wouldn’t be here if not for Professor Shennan’s reassurance. I’ve spent 3 years trying to write him a letter but can’t find the words to say what he has meant to our family. He changed our life. 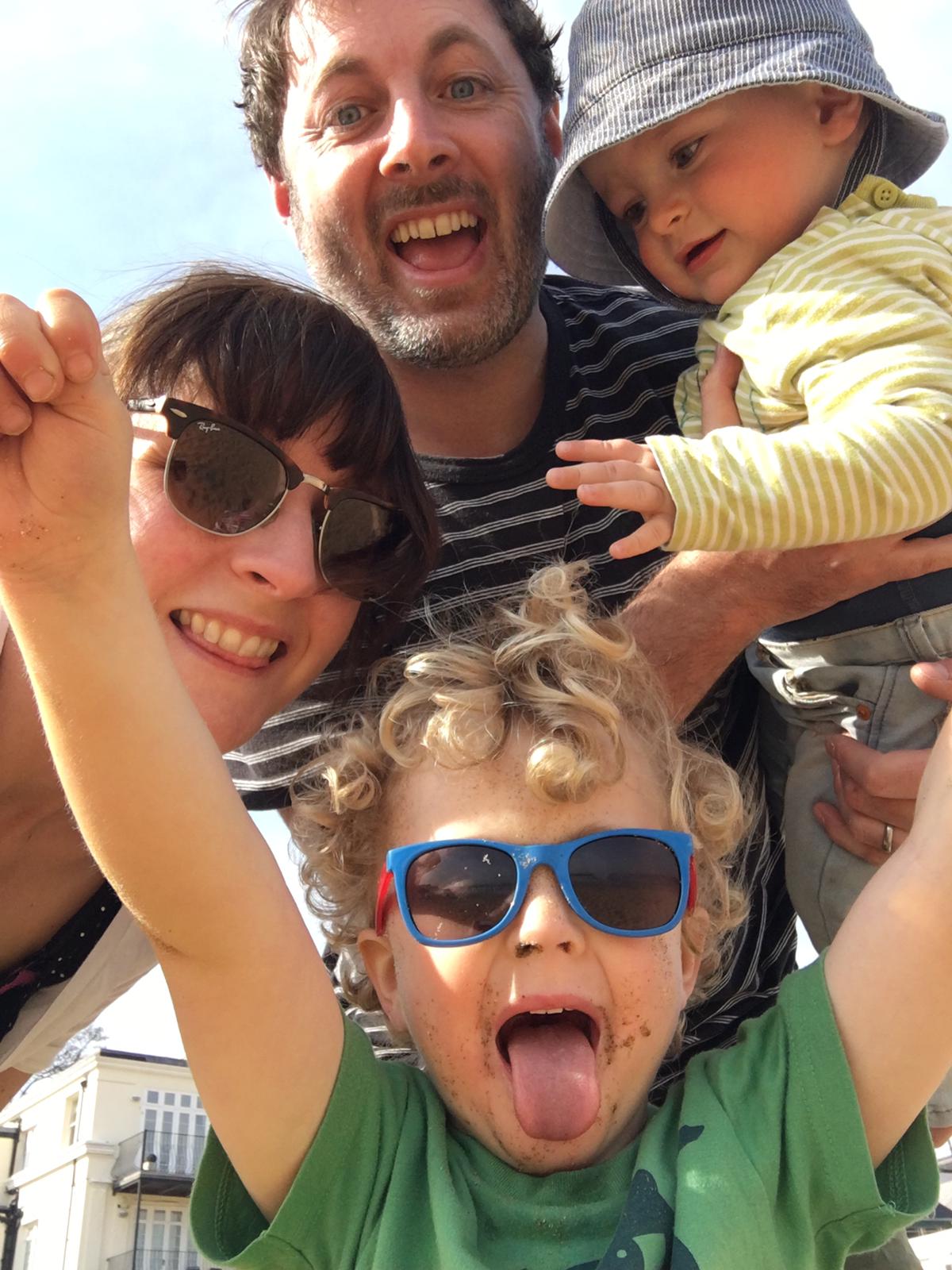