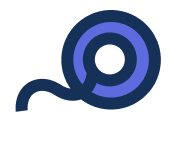 Are you ready to conceive? Take our quiz

How do I use the ovulation calculator?

You will then receive your upcoming fertile dates over the next 4 months. This is just a guide to help you understand when you may be most fertile.

What if my periods are irregular?

You may have irregular periods if you can’t count your cycle and work out within a day or 2 when your period is due. This can make it harder to identify your ovulation date. But there are other ways of working out when you may be ovulating, such as changes in vaginal mucus, ovulation testing kits or measuring your temperature. There is more information about this below.

We have more information about understanding your menstrual cycle.

When is the best time to conceive?

To increase your chances of getting pregnant, you need to get your fertile eggs and sperm together as often as possible. You’re the most fertile on the few days each cycle around ovulation, which is when an egg is released.

During an average menstrual cycle, there are 6 days when sex can result in pregnancy.  This is often called the ‘fertile window’ and includes the 5 days before ovulation and the day of ovulation itself.

Some people get pregnant very quickly but for some people it can take a little longer. We have more information about how long it takes to get pregnant.

How does the menstrual cycle work?

Read more about how pregnancy works.

Regular sex (every 2 to 3 days) is all most people need to conceive. If you’re under 40 and have regular sex without using contraception, you have an 80% chance of getting pregnant within a year.

To boost your chances of conceiving, aim to have regular sex throughout your cycle so you know that there should hopefully be good-quality sperm waiting for the time that the egg is released. Remember that if you've had sex in the 7 days before ovulation, it's possible to get pregnant because sperm can live inside a woman's body for up to 7 days and fertilise the egg when it's released.

If you know when you ovulate each month, you can give yourself the best chance of getting pregnant by having sex in the days leading up to ovulation. Continue having sex during ovulation as you can still get pregnant. After this time, your fertile time will be over for that cycle.

How can I spot the signs of ovulation?

Ovulation usually happens about 12 to 16 days before the start of your next period, so it helps to know your cycle length before you start trying to conceive.

You may never have thought about when you might ovulate within your cycle, and if you have been using a hormone contraceptive such as the pill, you won’t have had a natural menstrual cycle for a while.

As a first step, mark on your diary the dates that you bleed during a period. You can then count how many days from the first day of your period to your next period to work out the length of your cycle.

If you want to work out when you ovulate, there are a number of things you can try, such as monitoring your cervical mucus changes and body temperature or using ovulation test kits.

The cervix secretes mucus throughout the menstrual cycle, starting off sticky white and gradually becoming thinner and clearer.

As your hormone levels rise to prepare your body for ovulation, you'll probably find that you start to produce mucus that is moist, sticky, white and creamy. This is the start of the fertile period of your menstrual cycle.

Immediately before and during ovulation, the mucus becomes much thinner, slippery and stretchy. Sometimes people compare it to raw egg white.

This thinner mucus is designed to help the sperm swim easily through it. It indicates that you are in your fertile phase, so this is the time to have sex if you want to get pregnant, but use contraception if you don’t!

The last day you notice the wetter secretions is sometimes known as ‘peak day’. This usually happens very close to the time of ovulation.

The mucus then returns to being thicker and sticky. After 3 days, you’re usually no longer fertile.

You can also find out about your menstrual cycle by keeping a note of your temperature each morning when you wake up – this is sometimes called your basal temperature. A slight rise in temperature (around 0.2°C) for 3 days usually indicates that ovulation has taken place and your fertile time has ended.

As this is only an indicator that you have ovulated, and doesn’t tell you when your fertile time starts, this isn't always very useful.

You may need to monitor your temperature for a few months before you start to see a pattern. And remember that things like illnesses or infections may affect the readings.

Ovulation predictor kits are available from chemists and are quite easy to use. They work by detecting a hormone in your wee (urine) that increases when ovulation is about to take place.
The simplest urine kits test for luteinising hormone (LH), which surges 24 to 36 hours before ovulation. This will help to identify the best 2 days for conception, although you can be fertile for a day or so before and after this time.

Read more about apps, tools and kits for predicting ovulation.

Could provide specialist care for 5 families at risk of pregnancy complications.