In honour of World Prematurity Day, long time Tommy's supporter Lesley Wardle talked to Tommy's about her journey with daughter Charlotte, who was born at just 28 weeks back in 1995, and happily recently graduated from University.

Could you give us a little bit of background with regards to your daughter’s birth? How your experience was?

I had a perfectly healthy, normal pregnancy until 27 weeks when I suddenly blacked out when driving my car.  Fortunately, I was unhurt and as a precaution, I was taken to hospital and found to have very high blood pressure, I was kept in hospital for a few days as I was showing signs of pre-eclampsia.

This was the first time I had heard of pre-eclampsia and I was quite frightened and very worried.

I was allowed home for the weekend, however, when the midwife visited, the protein in my urine was a great concern and I was advised to go straight back to the hospital.

I was taken into high dependency and in the morning, advised that my baby would be delivered by a cesarean that afternoon, and due to the baby being just 28 weeks gestation, there could be complications after the birth with the baby’s health due to the early birth.

Charlotte was born on 16th January 1995 weighing 2lb 11oz and was 12 inches long.  Her head was the size of an orange.  The amazing fact was that Charlotte breathed on her own.  It was myself that developed problems after the birth and was in High Dependency for 4 days. It was on day 4 that my tiny baby daughter was brought to me for the first time. It was love at first sight, with this tiny little bundle. 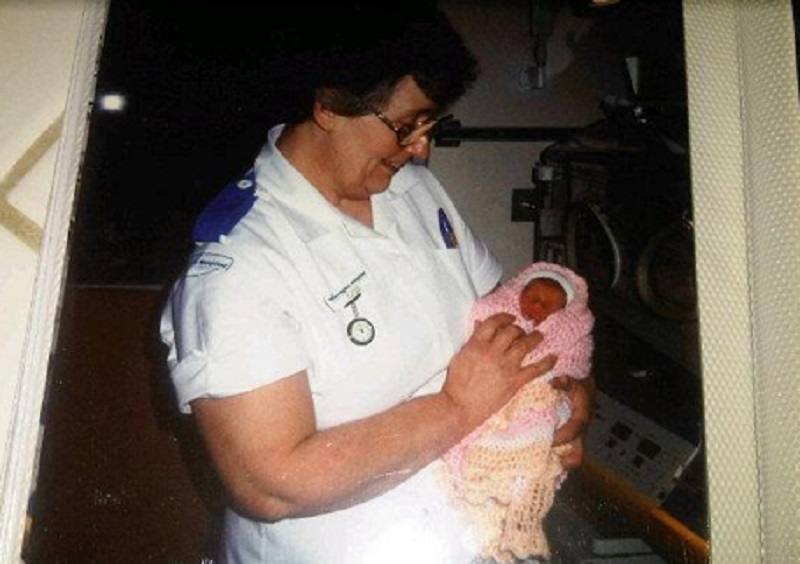 Charlotte stayed in Special Care Baby Unit at Warrington Hospital for two months coming home in March 1995, weighing 5lb and a month before her due date of 17th April 1995.

It was at that time when I was told about Tommy’s Campaign (as it was) and when I contacted them, Tommy’s explained about pre-eclampsia and gave me much needed support on having a premature baby.

Has there been any particular hurdles that Charlotte has overcome due to complications from being a prem baby?

With Charlotte being very small and born 12 weeks early, I was worried that she would be late in her development stages.

There was a delay in when we could introduce solid foods as again Charlotte’s stomach was so small, she couldn’t tolerate it.  Even now she doesn’t eat too much as she is still little in size.

Charlotte whilst developing well, it was especially difficult (22 years ago) to get premature nappies and premature baby clothes.  All the newborn clothes for sized 6lb onwards.  I even had some baby dolls baby grows for Charlotte.  Charlotte had a lot of tiny knitted clothes and her head literally was the size of an orange.  Clothing and nappies certainly were a challenge to overcome in the very beginning.

As Charlotte started to gain weight and develop, she was still very tiny, and when babies’ months could happily bounce away in chairs and baby bouncers Charlotte was still too small.  She sat up and developed pretty much normally, but as she was so tiny, she was quite unsteady and tumbled over a little.

It was difficult for her as she grew up, as children her own age were much bigger and treated her like a baby and she used to get frustrated as she wanted to play with them and join in their games, but she was quite delicate and was easily pushed over unintentionally.  Children were much stronger than she was.

The family always treated Charlotte as a child of the age she was, but others used to treat her very childlike and as they would a much younger child.

When Charlotte started walking, it was very difficult to get shoes to fit her as her feet were so tiny.  Her first shoes were a sized 2 D.  It was also very hard to find clothes that were not too babyish as she was growing up and was a toddler yet, her clothes were still in the baby section.

When she wanted to join ballet dance lessons, we had to wait until her feet had grown to enable her to have ballet shoes, as yet again she couldn’t get them small enough and it was difficult to explain to a three-year-old that whilst the same age of her friends, she couldn’t always join in.

Charlotte went to an independent school and her school uniform was much too big and we had to get it altered.  She was also unable to carry her school bags herself at the beginning as they were too heavy for her.  Again at school, it was very difficult as she was by far the smallest in the class and she was often treated like the baby of the group despite being older than many of her classmates.  She struggled with physical education lessons as she just wasn’t strong enough to participate in some sports.

School trips as she was growing up were an issue, for example, she was not strong enough to carry her Duke of Edinburgh bags.  Charlotte did persevere and earned her bronze DoE.

When she went skiing with school, she had to be put on the ski lift as she could not reach the seat.  Quite embarrassing for an 8-year-old.  Her ski clothes were also that of what a much younger child would wear.

Shoes, again as her friends were all wearing sparkly shoes to parties, Charlotte couldn’t get them to fit her.  Clothes to remain an issue as she was still in clothes for a much younger child as clothes of her age were much too big.

Charlotte was unable to go on some fairground rides because she wasn’t tall enough and had to watch her friend from the side.  It was quite difficult at times to see her so upset and miss out.

Again because she looked so young, she would often get asked her age at cinemas, and if buying a DVD and we purchased a Citizen Card to have proof of her age, and this did help.

At brownies and guides again the uniform was too big.  Most clothes had to be altered.

Even when learning the piano, Charlotte found it difficult as her hands were very small and she had difficulty with the scales at the beginning and couldn’t reach the pedals, however she did get here grade 1 which was a major achievement for her.

The main problem was because Charlotte was her actual age and she understood how old she was, it was hard for her sometimes to comprehend that her size stopped her from doing what she wanted to do with other children her age.  It was often upsetting.

How is Charlotte today? She has recently graduated from University is that correct?

Charlotte today is a happy, healthy 22-year-old, who has achieved her dream and graduated from Anglia Ruskin University, Cambridge with a BSc in Technology (Computer Science).

Whilst she still struggles to get clothes with only being a size 4, and even now, girl’s clothes are too big, she just accepts that she is small and it does get her down sometimes but she doesn’t let it ruin anything.

She only has small feet so again finding shoes in a size 1.5 is a struggle and given she is only 5ft tall, she often wants a bit of height when out with her friends as they all tower above her and she looks very young.

Charlotte still gets asked for proof of age in a number of bars and restaurants.  But now she has turned things around and takes looking young as a compliment most of the times.

Charlotte worked hard to achieve her educational goals and found her exams difficult but she passed all of them and also obtained qualifications in TEFL (Teaching English as a Foreign Language).

Charlotte overcame all her challenges, and even though she is small, she is determined to succeed and wants to be a teacher, and is currently working temporarily for a recruitment agency until the new year when she will look to teach.

Charlotte has never let being small be an obstacle for her, and despite it being a disadvantage at times, she continues to aim and reach for her goals.

My birth of hope baby is now a young lady that I couldn’t be prouder of, and Charlotte is an example of how a premature baby can grow up to be whatever they want to be.

We both really support Tommy’s, the baby charity as without their guidance and support, Charlotte and I would have had some very difficult times.  With Tommy’s, my concerns about Charlotte were supported throughout and both Charlotte and I are eternally grateful.

Thank you Tommy’s, the baby charity and to all those parents and guardians of premature babies, there is often light at the end of the tunnel and Charlotte is testimony of this. 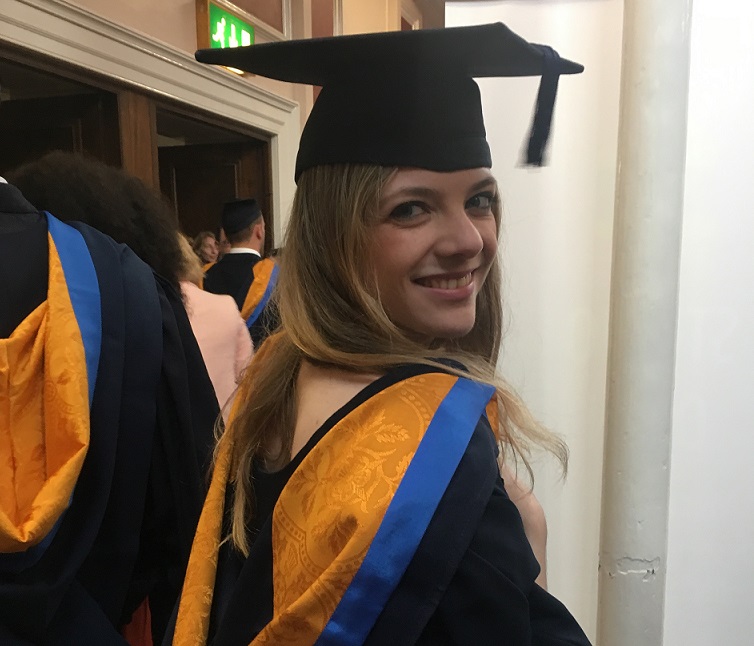 If you would like more information on our research into premature birth see here.

Get our free app for parents of premature babies. It is the first of its kind in the UK. 'My Premature Baby' is available on all devices.