The conception rate for this age group has more than doubled since 1990.

The data was published by the Office for National Statistics (ONS) and covers England and Wales in 2017 – the most recent year that figures are available. 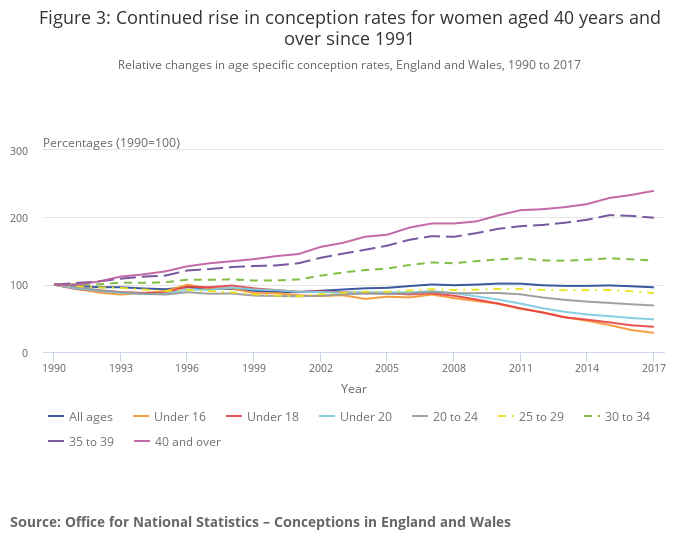 Overall the number of pregnancies is falling in England and Wales, but older women are the only age group that has seen an increase.

In 2017, there were an estimated 847,204 conceptions, which was a decrease of 1.8% from the previous year – the largest decrease since 2012. The figures also show that more women are getting pregnant in their 30's than in their 20's for the first time since age-specific data was recorded in 1990.

Kathryn Littleboy, senior research officer from the ONS’s vital statistics output branch, believed the reason for this was due to ‘the rising costs of childbearing and housing, among other reasons’.

In contrast to rising rates in women over 40, conception rates for women aged under 18 in England and Wales decreased for the tenth year running in 2017.

Possible reasons for the continued decrease in teenage conception rates include improved sex and relationship education, better access to contraceptives and increased participation in higher education.

Top tips for getting pregnant