Choosing to end a much-wanted pregnancy because of a foetal abnormality is something you carry for the rest of your life. I used to think that getting pregnant and staying pregnant with a healthy baby would be the hardest thing we would face next. Except it wasn’t. 4 months later I fell pregnant again.

At my first appointment with my GP, I expressed how horribly anxious I was already. She immediately referred me to the Perinatal Mental Health Team. This service proved to be invaluable and I had weekly appointments with the consultant and a psychologist throughout my entire pregnancy.

We worked through coming to terms with terminating our last pregnancy, the extreme anxiety during this pregnancy and how to parent after a loss.

'My mental health took a turn for the worse'

However, in the weeks following Jake’s birth, my mental health took a turn for the worse.

Jake had silent reflux and cried in discomfort for long periods of time. The sleep deprivation, the isolation, fluctuating hormones, feeding struggles, anxiety from being a new mum and insane guilt I carried sent my mood plummeting. Added to this was the 9 months of anxiety, worry, guilt and history of trauma from being pregnant again after a loss which combined together to send me spiralling into a deep depression.

The pressure to be a perfect parent and to make it appear like I was coping became heavy. We live in an age of Instagram perfection and I bought into that, striving to capture flawless photos and pretending I had a handle on being a new mum.

I was so hard on myself because I felt like I had to enjoy every moment. I felt like I had to get everything right first time and if I didn’t, I had failed again. I already felt like an awful mother because I had made the choice to end my previous child’s life. This was my chance to redeem myself and the pressure from my own conscience was especially intense.

One Friday morning, after my partner made an emergency appointment with my consultant at the Perinatal Team, she suggested I spend some time on The Mother and Baby Unit at The Royal Bethlem Hospital. I was lucky enough to secure a bed within the week. The weeks that followed saw several bouts of severe emotional instability, self-harm, impulsive behaviour and 2 suicide attempts. This led to a diagnosis of severe depression and borderline personality disorder. Throughout my stay, I had intensive psychology sessions, meetings with a child development psychologist, regular therapy sessions and round-the-clock care. 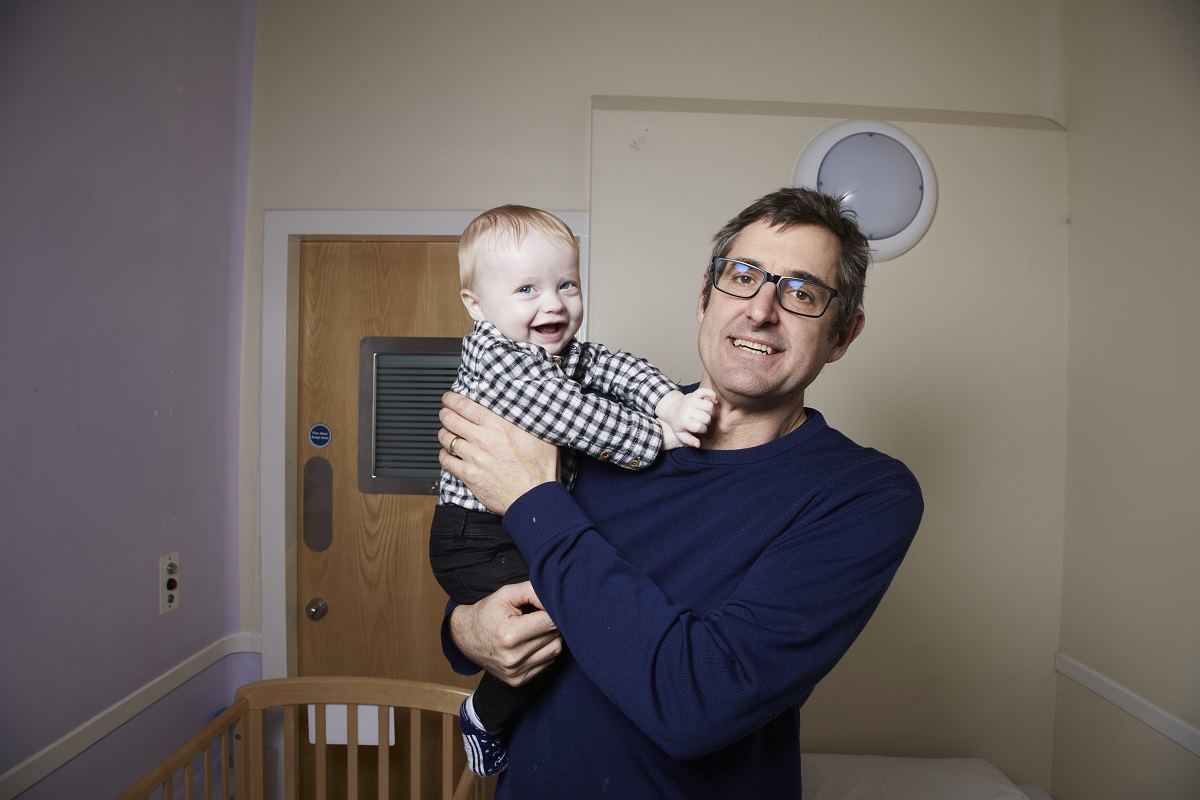 Through the fog of depression, I'd barely noticed the new faces on the ward but one afternoon I got chatting to a researcher who told me about a new documentary the BBC wanted to make. She listened to my story and asked if I would like to meet Louis for an informal chat. I was a bundle of nerves, never in your wildest dreams do you think you are going to meet somebody you avidly watch on TV whilst you are going through such an intensely traumatic situation.

He has a gentle way of making you feel at ease so you can openly converse and reveal the issues which led to being admitted to hospital. However, at times it did feel invasive, particularly when I was in a lot of distress surrounding the suicide attempts. Nonetheless the team were constantly checking that I was comfortable and at any moment the filming could stop if I was feeling in any way overwhelmed.

There were some funny moments though, like Louis attempting to change Jake's nappy and the time he arrived unannounced, popping his head into the nursery as I was pleading with a very tired Jake to sleep, still in my pyjamas and wearing no bra!

When I was asked to be a part of the documentary, initially I was wary, I feared the judgement of others and worried that people may think badly of me.

But I agreed to be a part of it to help people know that if they were feeling this way, that they weren’t alone and where they could access specialist help. Despite how difficult it was at times, I wanted to bring an end to the stigma of mental illness and postnatal mental illness by sharing my own experience.

This was my chance to raise more awareness about how monumental pregnancy and parenthood can be and how it can change the way you think or feel about yourself, how you act and how it can affect the person you are.

Jake is my inspiration

In the future, I also wanted Jake to know, that instead of sitting at home feeling utter despair, I got up and did something about my own mental health to help him in the long term.

6 months on, I am in a much better place. Jake is turning 1 soon and I'm back at work. There have been a few setbacks which remind me just how fragile recovery from severe mental health issues can really be, but I am learning to understand myself better all the time.

If you are feeling like you are struggling and need any extra support, please ask your GP or Health Visitor to refer you to your local perinatal service.

It’s okay not to be ok and it’s okay to ask for help because when you are caring for your new baby, care for yourself too.

Find out more about Catherine and her work in raising awareness of perinatal mental illness on Instagram.

If you’re feeling like you want to die, it’s important to tell someone. This could be a family member, friend, your GP or midwife. Help is available now if you need it. You can call the Samaritans on 116 123.

Getting help and support with mental health

Planning ahead for after the birth