It’s well known that fish is good for you, and you should aim to eat at least two portions a week in pregnancy as part of a healthy balanced diet, including one portion of oily fish, such as fresh tuna, mackerel or sardines. 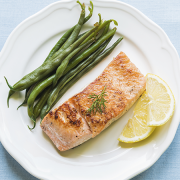 Eating fish could help with depression

With depression and mental health problems, such as anxiety, affecting 10-15% of all pregnant women, it’s so important to look after your mental health in pregnancy. So it’s exciting news that a study has found eating a lot of fish (which is already a great source of nutrition in pregnancy) may help protect against depression.

One potential reason given by the researchers was that fatty acids found in fish may be important in various aspects of brain activity. Mind, the mental health charity, have said the study supported other work showing links between diet and mood.

Find out more about the study

Iodine found in fish is good for babies’ intelligence

A study in The Lancet concluded that if all pregnant women took a daily dose of iodine, it could boost children's IQs and lead to health improvements.

Iodine is important for healthy brain development and there is some evidence that the UK population may not be getting enough. While the study recommended pregnant women take a supplement of iodine, Public Health England (PHE) said a varied diet should offer enough iodine. The main source in the UK diet is milk but it can also be found in other types of dairy, fish and - in smaller amounts - some foods made from plants, such as cereals.

Always speak to your GP or midwife before taking additional supplements in pregnancy.

Find out more about the study

Don’t head straight to the chippie this evening for a battered cod and chips (unless it’s an occasional treat!). Get your portion of fish in by trying our recipes for delicious and healthy fish dinners and easy lunches.

Which fish should you avoid or limit?

While all this is great news, there are some types of fish you should avoid and some you should limit in pregnancy.

Find out more about foods to avoid during pregnancy. 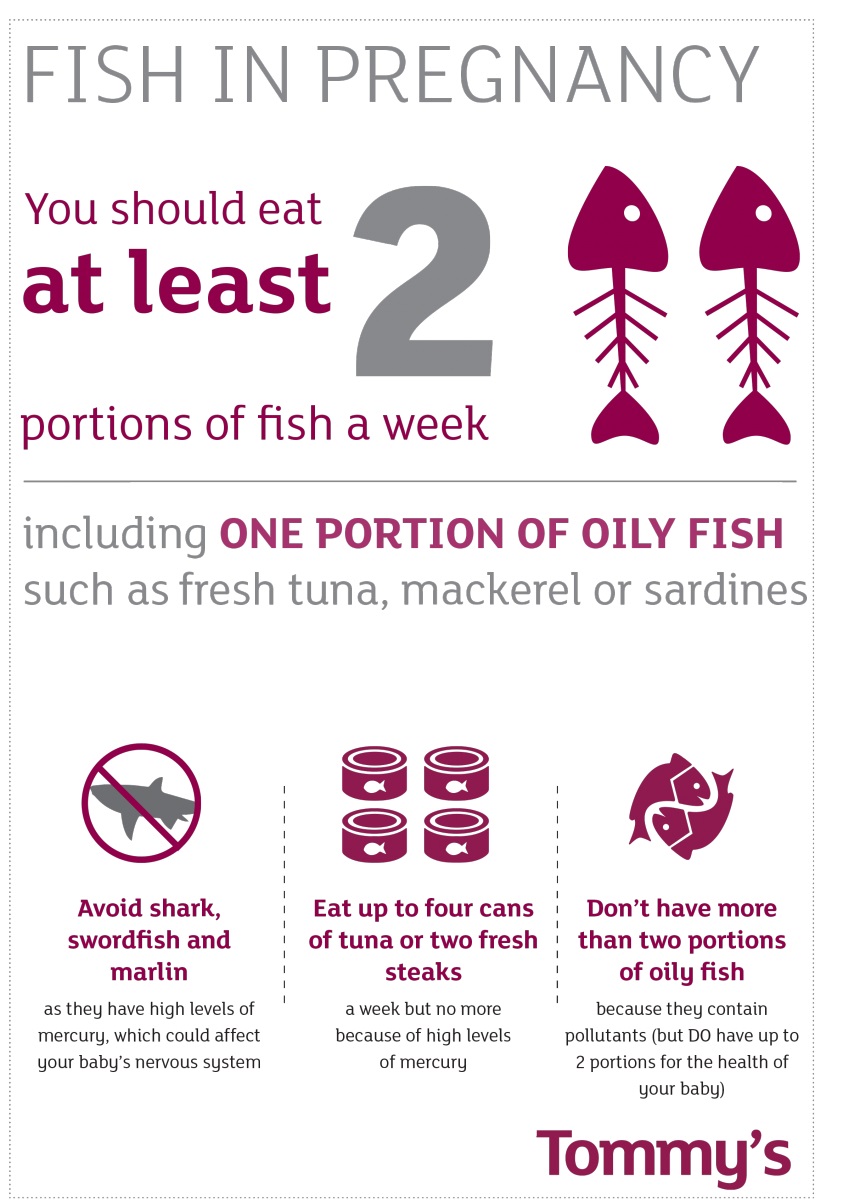 Read more about nutrition in pregnancy