My husband Kieran and I had just moved into our first home when we found out that we were expecting. I remember doing several tests as we just couldn’t quite believe it. We were over the moon. We’d booked an early scan at private clinic, and at 8 weeks we could see and hear our beautiful baby’s heartbeat. The sonographer congratulated us, and off we went to make plans about how we’d reveal our big news to family and friends.

We were on cloud 9, until the day before our 12-week scan. I was at work and I felt a twinge - I’d felt a few before, but for some reason this just felt different. I rushed to the bathroom to find I was spotting. After texting my husband, I rang my midwife, but I could not get hold of her, so I called the hospital who asked me to come in as planned for my scan the following day.

After several hours of googling at home, I was in even more of a panic. The next morning, we went along to our scan, where we got the dreaded news. I knew something was wrong as soon as the sonographer asked for a second opinion.

“I’m really sorry, we can’t find a heartbeat”. Those words will stay with me forever.

We have never cried so much in our lives

They asked us if we wanted to look at the screen; my husband did but I couldn’t. I just felt numb. Ushered into a side room, we waited for a doctor. It was all very clinical. We were told we’d had a missed miscarriage and our baby had probably passed some time before but we’d had no idea.

We opted for the medical management. I really did not want to swallow that pill. I had to go back to the hospital a few days later for the second half of the procedure which required an overnight stay. A night of full-on contractions, heavy bleeding, ‘tissue’ loss and more crying. This all happened in a side room to an antenatal ward.

I was allowed home the following day but ended back up in A&E a few days later as the bleeding was getting heavier. Trying to explain to the receptionist on the desk with people standing right behind me was mortifying. When I was finally examined, I was told some ‘tissue’ had got stuck and needed removing immediately. I was told on an open ward, just behind a curtain, with no privacy at all - although at that point, I just wanted it to be over.

I couldn’t take much more, and I wanted to scream every time they called our baby ‘tissue’.

The arrival of our precious daughter

With the support of close family and an understanding boss, we both took some time out from work to rest. I wasn’t coping emotionally, so I decided to get some extra support through a counsellor. A few months later we fell pregnant again. Our community midwife was amazing, but at every stage of the pregnancy we were worried. I’m not sure how we got through those 9 months, but somehow, we did and our precious daughter Rosa, was born.

When she was born, we decided to move back to our hometown, Birmingham. We’d chosen a new home for a fresh start, but history repeated itself: we fell pregnant again, but sadly miscarried at around 8 weeks. This was totally different and felt like a heavy period, but it brought up all the emotions of our first loss. Blood tests from my GP confirmed it; however, my doctor didn’t just stop at that. As I’d had a previous loss, she referred us to Tommy’s National Centre for Miscarriage Research at Birmingham Women’s Hospital to make sure everything was alright.

I can’t explain the relief we had knowing that somebody was going to check things out and that we were being taken seriously.

After our initial consultation, we had lots of tests and investigations. We were told there was no explanation why we’d suffered recurrent losses - I remember feeling relieved but also frustrated as there didn’t seem to be a solution. However, they did promise to support us when we fell pregnant again.

The next month we had a positive test, but more worry followed as I had a bleed at 7 weeks. I called Tommy’s and they arranged an appointment with the Early Pregnancy Unit. It was too early to tell anything, but they arranged a scan for the following week.

Thankfully, everything was perfect, but we were still worried something could go wrong. I visited the clinic every few weeks to check in on baby; that reassurance meant we could start to enjoy parts of the pregnancy, which we hadn’t been able to previously. The Tommy’s nurses were amazing, always at the end of the phone if we needed them. Even when I developed complications in my last trimester, and anxiety started to creep in again - the team were so supportive.

The compassion and support they showed us was incredible. It felt like we weren’t going through it alone and although I was struggling at times, the load felt lighter.

I gave birth to Pearl at Birmingham’s Women’s Hospital at 39 weeks pregnant. The whole team there were truly amazing, from the start of our journey to the end. We won’t ever forget the babies we lost, but for now we have 2 tiny humans relying on us and for that we are very thankful. 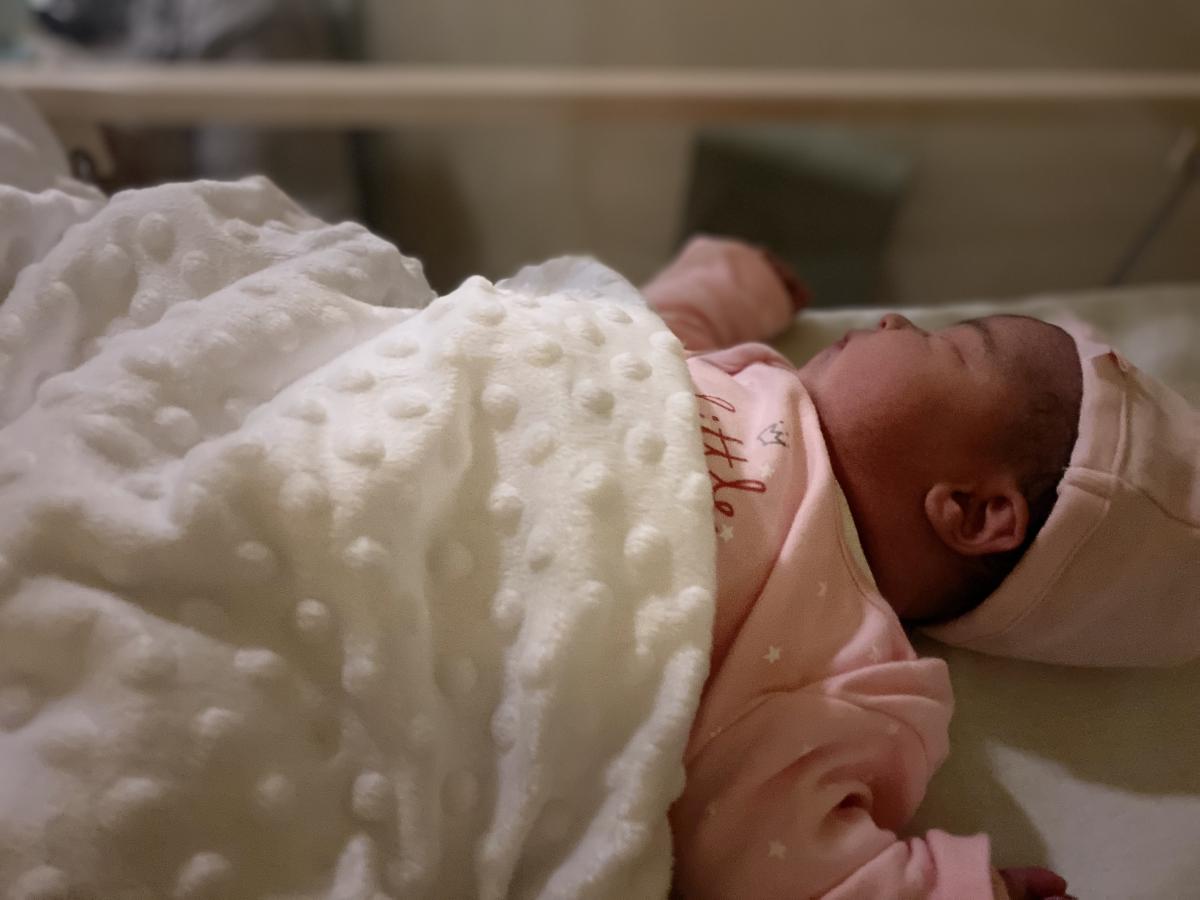