Joanne is running in the London Landmarks Half Marathon 2019 for Tommy's. This is her story and her reason for running. You can support Joanne on her journey.

My life changed forever just over eight years ago. The day that I discovered I was pregnant for the first time, my husband and myself had never felt such happiness and excitement. We had been married for a year and so desperately wanted children. We went straight to the library and borrowed every book we could find about pregnancy and spent the day rejoicing in our news. It never even occurred to us that something could go wrong and we spent three blissfully happy weeks dreaming about our new arrival, talking about baby names, planning the nursery. Then, one evening when I was almost seven weeks pregnant, I began spotting. I read many forums and information pages online, many of which said not to worry, however I was gripped with fear and went to our local A&E. A scan the following day confirmed that I was miscarrying and the heavy bleeding and pain came shortly afterwards. I was heartbroken - we both were. I felt a constant ache in my chest and if I wasn’t crying then I had a painful lump in my throat. The grief and pain I felt at the loss of the baby I already loved was overwhelming.

'People tried to say the right thing (‘it just wasn’t meant to be this time’, ‘one in four pregnancies end in miscarriage’, ‘don’t worry, it’ll happen for you soon’) but the problem is, there is no right thing to say and nothing makes you feel any better.'

We were lucky and fell pregnant again two months later. As daft as it sounds now, I didn’t worry about miscarrying again as I genuinely believed that it would work out. But this time, I didn’t even make it to six weeks before the bleeding began again. This time, as well as the pain and grief I also felt incredibly panicked – why had it happened again – what was wrong? Would we ever be able to have a child? Would we miscarry every time?

After the second baby loss, I saw a real change in myself. I distanced myself from those around me who fell pregnant as I was jealous (not because I didn’t want them to have their babies but because I didn’t have mine), and I hated when people moaned about their children or about their pregnancy symptoms or complained about falling pregnant ‘by accident’ because I felt such anger that they didn’t realise how lucky they were. Mostly though, I just sank into an all-consuming sadness, so we decided to have a break from trying for a baby for a while.

Seven months after my second loss, I fell pregnant again. At first I felt anxious and expected a miscarriage. I would put off going to the toilet because I couldn’t bear to see any blood. With the slightest twinge, I would cry and presume I was miscarrying again. However, with each week that passed I gradually began to feel a little more hopeful and once we had our 20 week scan I allowed myself to talk about it, begin planning and accept that I might not miscarry this time. However, when I started bleeding at 31 weeks pregnant, I felt as though my world was crashing down and all my worst fears were being realised all over again. Thankfully, I went to the hospital though and they confirmed that the baby was fine. I had a further six large bleeds before I finally gave birth our first rainbow baby – our beautiful boy Sebastian. Having my baby was everything that I had dreamed it would be and I was overwhelmed with the love I felt. 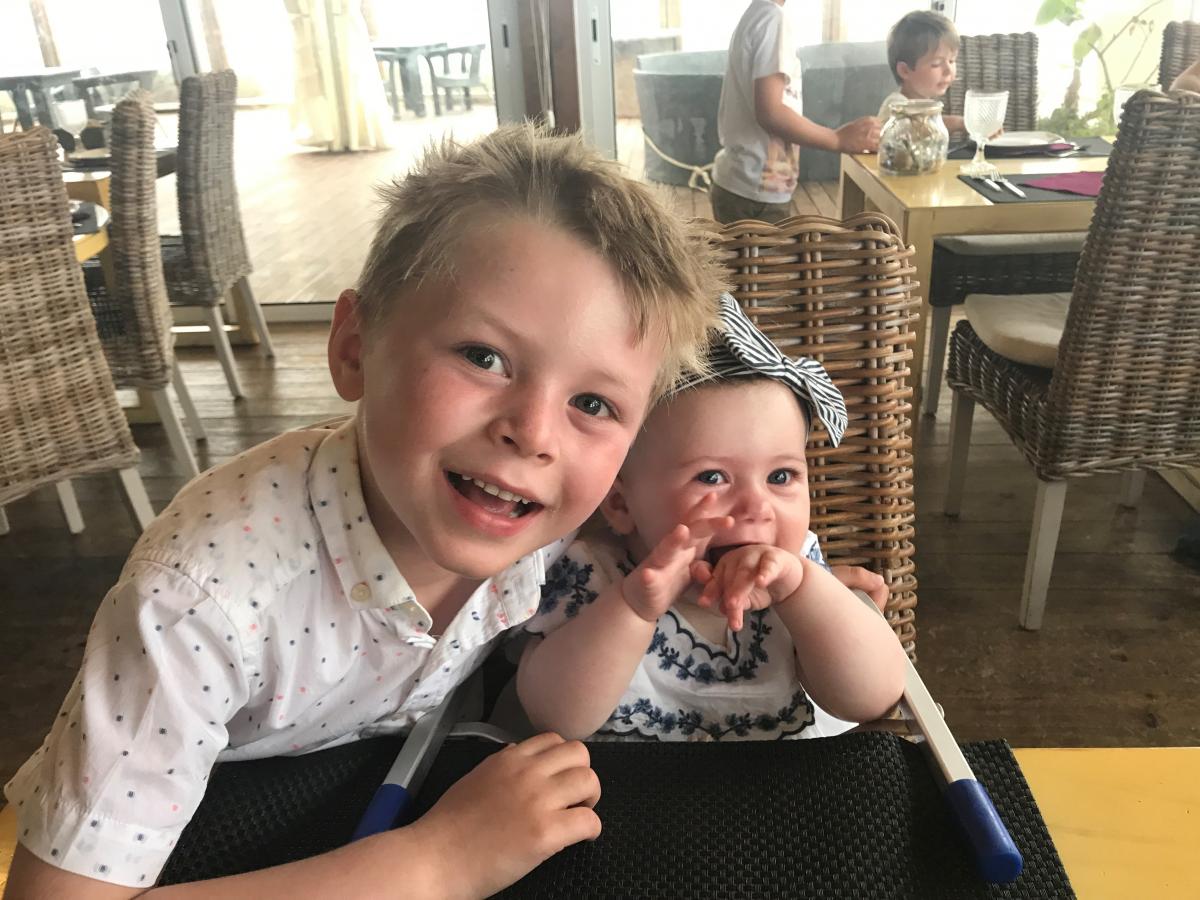 I loved being a mum so much, that nine months later we made the decision to expand our family. Naively, I believed that now that I had one child, it would be smooth sailing in future pregnancies. I could not have been more wrong. Over the course of four years, I went on to have a further 12 miscarriages, each one painful and each one a baby that I loved and grieved for. It didn’t get easier. It didn’t get less painful. There were times that I felt such a deep sadness that it took all my energy to maintain my happy facade at work and for the sake of my son. We had multiple tests at three different hospitals to try and find the reason for the miscarriages but we never got any answers, aside from with pregnancy 15 where I miscarried at 10 weeks and tests showed that the baby had Trisomy 15.

Just under five years after the birth of Sebastian, I gave birth to my second rainbow baby – my precious daughter Elsie. I could not enjoy my pregnancy at all, constantly worrying that something would go wrong, and did not believe that I would have my baby until she was put into my arms.

'Throughout the past eight years, I have needed support. . I have needed to be able to talk about each and every one of my babies - I am passionate that we should break the silence surrounding pregnancy and baby loss and be there for each other.'

I turned to the Tommy’s website, reading other people’s stories of baby loss to feel less alone I also believe that funding has to be provided for research to reduce the number of babies lost - every life counts! I would love to raise money for Tommy's to facilitate even a small part of their fantastic work.

I am eternally besotted with my two beautiful rainbow babies, but as a fellow grieving mum once said- "The rainbow is amazing and beautiful and so special but you are still left soaking from the rain that came before it". I can honestly say that there has not been a single day in the past eight years where I have not thought about my 14 lost babies. So I am running the London Landmarks Half Marathon, which is hugely outside of my comfort zone as a non-runner, in honour of Sebastian, Elsie and my other 14 loves. 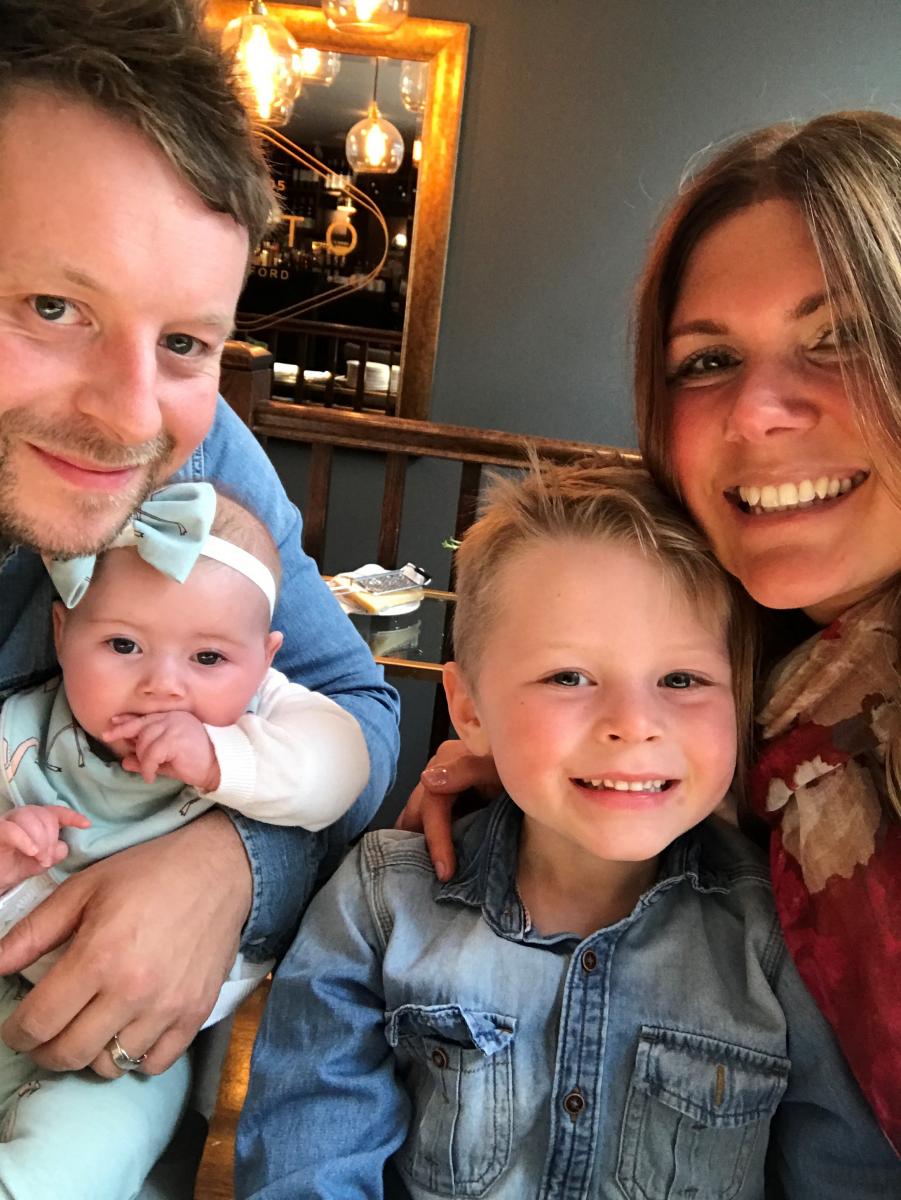 Read about more reasons to run the LLHM