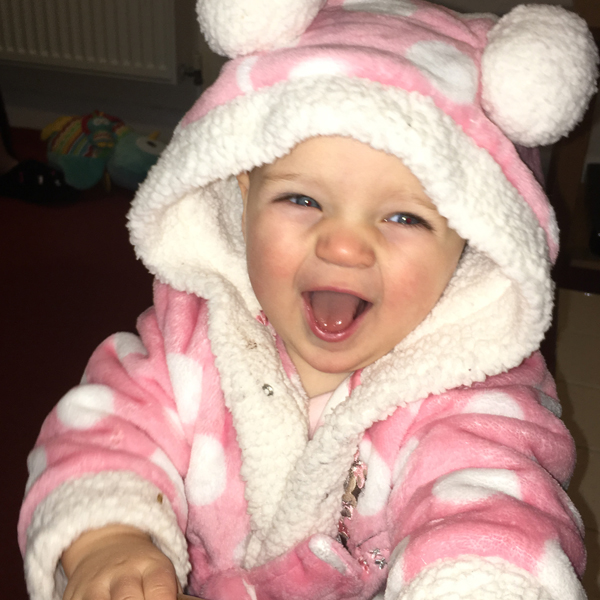 All I have wanted to be was a Mum. When I fell pregnant the first month of trying I couldn't believe my luck. Something from the start told me that I wasn't that lucky and something would go wrong.

At 6 weeks and 3 days I started bleeding. My dr immediately sent me for an early scan and they said good news there is a heartbeat. You will be fine, go home and put your feet up. Bleeding happens and with a heartbeat its a good sign. You will be fine.

I went off home and just knew I wasn't.

The bleeding continued and bang on 7 weeks I passed the baby.

We started trying again straight away and this time it took a few months to fall. As soon as I got the positive test I had that feeling that something wasn't right. And again at 6 + 3 weeks I started to bleed again.

Same as last time ..off for a scan, they saw the heart beat and promised me everything as fine. I knew it wasn't and the same thing happened in the night at bang on 7 weeks.

I was convinced I'd never have a baby.

A few months I got another positive. This time it felt different... My symptoms from the start were completely different to the other times. However I still panicked like mad at every little feeling.

At 6 weeks I started with morning sickness (all day sickness) and then randomly at about 9 weeks I woke up feeling great. No sickness or anything. I was convinced it was over again .. I spent the whole day waiting for the bleeding to start.

Nothing... and then at about 8pm the sickness came back. I almost did cartwheels round the garden.

Once I got past 12 weeks I relaxed more and at 37 weeks I started bleeding!!! The hospital were great and took me straight in and my contractions started.

It wasn't the mobile birth I hoped for as I was hooked to monitors but at 37 +1 my little ray of sunshine arrived. Annie Grace was born at 23.06 on New Years Eve - just making it into 2015.

She is an absolute nutcase and has made my life full of love and laughs! Although the miscarriages were awful, I wouldn't have my little gem.