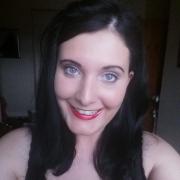 I’ve learnt that grief takes as long as it takes and, for me it took some time. I’d been shocked to discover I was pregnant in August 2009, even more so to find, at an early scan that I was expecting triplets. I suffered extreme morning sickness throughout, had 14 scans and was in and out of hospital on a drip.

I was five months pregnant when I went into premature labour and was put on bed rest. The plan to put a stitch in my cervix was put on hold as I had an infection.

Then at around 9pm on Monday evening, I suddenly needed the toilet. By 10.30 it was all over. They brought the triplets to me and I held them. They were absolutely perfect and just looked like they were sleeping. I’m so glad I had that time with them, I treasure it.

The hospital created a memory box with their hand and footprints and they organised a memorial service, a chance to say goodbye. The grief was overwhelming. I suffered horrific nightmares, and although family and friends rallied around, nobody could penetrate the bubble of heart and gut wrenching ache. I learnt to ‘act’, to do the bare minimum to simply survive my daily routine.

I suffered anxiety and depression and didn’t want to leave the house. Once, when I plucked up the courage to go to a coffee shop, I was confronted by two friends with their babies and I couldn’t get out of there fast enough. Life was so difficult and nobody seemed to understand, or know how to respond to my grief. People would get frustrated because ‘I wasn’t coping’, but I learnt that grief has no time limit.

I felt I’d lost my identity

I was supposed to be a mother, what was I now? I’d already made plans for Christmases and birthdays. I’d imagined three little boys excitedly opening presents. I didn’t know who I was or who I was supposed to be. Pregnancy was focused on the outcome of being a mother. I had to create a new life and I no longer knew what I liked, wanted or needed.

Over the years I moved several times, like I was searching to fill the loneliness and longing. I tried doctors, medication and therapy. I changed jobs. Friends came and went because I kept myself in a bubble, refusing to let them in.

I’m not sure when things started to change, but that raw, powerful grief seemed to dwindle from daily to weekly then monthly. Maybe I’d just learnt to live with it, but you’re never the same after such emotional trauma. You’re left with the aftershocks of anxiety, stress, depression, PTSD and a bottomless pit of pain.

I managed to find joy in other things such as getting married, holidays and reconnecting with old friends. However, I wasn’t ready to re-visit the idea of having children. I’ve been told there’s no reason I wouldn’t conceive, and assured I could ask for an internal stitch in my cervix before trying to get pregnant, but the fear of losing another child stops me.

In June 2014 I found a lump in my breast which, after an agonising two week wait, turned out to be fine. It was a turning point. I realised I wanted to live after struggling against life, so angry about what it had taken from me.

I’ll never forget that I should have three beautiful boys here with me, but I can’t allow the past to ruin the future. I scattered their ashes at the beach last year, for me that was the right time to let them go. Christmas is always tough, reliving that experience of fear, loneliness and isolation on a cold, hospital ward.

That’s why Tommy’s work is so important. When I lost my babies I felt out on a limb. Tommy’s is uniting women, helping them connect and take strength from each other and letting them know they are not alone. That’s invaluable.