An anxious start to the pregnancy

When I found out I was pregnant with our second child, we were thrilled at the thought of having a little brother or sister for our two-year old son Alex.

I had some bleeding in the early weeks and a scan showed the baby’s heart was very slow. I was told that could be either because it was too early to get a reliable reading or that the baby would not survive. I tried to stay calm and hopeful, but remember crying and panicking.

When we went back at 12 weeks, the heart rate was normal and the baby was developing well, which was a huge relief. Then, at 20 weeks, we found out that we were having a little boy, and he was still developing well. At the same time, we were encouraged by the fact that I was showing no signs of pre-eclampsia – a condition that had developed at the end of my pregnancy with Alex.

On 25 September 2010, a few days before my due date, I started having mild and infrequent contractions. They grew a little stronger as the day went on but remained far apart. I took Alex for a walk to gather conkers. We came home, I re-checked my hospital bag, had a nap. Our baby had been kicking as normal throughout the day. But then something changed. I felt a shiver and after that, the baby slowed.

I called our midwife and she advised doing all the things that would normally get him moving. He wasn’t responding, but still he was moving with the contractions, his little foot hitting the same place at the top of my bump each time.

As advised by my midwife, I went to hospital and asked for a scan. I went alone, leaving Alex with my husband rather than waiting for a friend to come and babysit. I expected to be reassured everything was fine or, worst-case, I would need an emergency C-section.

I couldn't believe what was happening

What happened next is a jumble in my head. I think a midwife scanned the baby and then went out to bring in a doctor. The doctor scanned too and, this bit I remember, the doctor said, “Your baby’s heart has stopped.”

I remember saying that a baby’s heart couldn’t possibly stop, that the baby was attached to my placenta and I was alive, so surely the baby was alive. I just couldn’t accept what they were telling me. The doctor had to tell me again – kindly but clearly – that our baby was dead.

I called my husband and as the phone rang, I contemplated telling him to come to the hospital but not why. Maybe the horrible news could wait until he was with me in person. But that felt wrong. ‘The baby’s heart stopped,’ I said into the phone. I don’t think I said the words ‘dead’ or ‘died’.

By then it was late at night. We were looked after by a brilliant midwife, who had enough years of experience to have helped other parents through this terrible kind of delivery. She talked to distract us and called in doctors to help reason with me when I was (loudly) insisting it was all my fault.

We called our son Finn

Our baby boy was delivered the next morning. We called him Finn. Our community midwife, the one I had called when Finn had slowed the day before, was with us for the delivery and stayed afterwards. She asked if we’d like her to take photos of us holding Finn and I am so glad she did because I just didn’t know what to do. My husband and I were both in disbelief that Finn wasn’t alive.

Having such experienced midwives around us was crucial to getting through those hours in the hospital. The hospital also took ink hand and footprints from Finn and imprints in clay for us to keep. Again, I am so glad they did.

One of the many awful things we had to do in the days that followed was telling people. They’d expected happy texts, photos, pretty cards. Instead, we told them Finn had died just as he was about to be born.

People were kind, supportive, didn’t know what to say. Some said nothing. One person texted back to me that ‘everything happens for a reason.’ The phrase infuriated and consumed me.

Coping with grief as a family

We had brilliant support from a psychotherapist at King’s Hospital. We saw her again when I was pregnant for a third time, with Ella, who is now nine. I let go of ‘everything happens for a reason’, or EHFAR as I call it. Things just happen, no reason. Nature is both wonderful and cruel.

I returned to work, Alex and Ella grew, went to nursery, to school. We talked, and still talk, about Finn. A photo of my husband and me holding him, one of the ones taken by our thoughtful midwife, is on the wall in our house, along with his handprints.

Writing a novel after what we'd been through

My job at the Guardian, writing about economics, and other people’s stories was busy and rewarding but something nagged at me. I wanted to write a novel, create a world where people could lose themselves for a while. Then I realised, I wanted to tell Finn’s story in some way. The story of this little boy who doesn’t get to grow up, and the story of parents who so desperately miss their baby.

First came the character of Rachel, a mother whose first child is stillborn. I could see her, alone at a desk in her house. Her husband was back at work, but Rachel was on maternity leave, without a baby.

Then ‘everything happens for a reason’, or EHFAR, returned to my life. It became the driving force of Rachel’s story and is now the title of my book.

Rachel, too, is told, ‘everything happens for a reason’, and pretty quickly she’s certain what that reason is. The day she found out she was pregnant, she had stopped a man from jumping in front of a train. She feels certain that the man took her baby’s place. She resolves to track him down and make his life matter.

As the story goes on, we see Rachel navigating the awful things that are sadly too familiar to parents who have lost a baby. She must organise a funeral, cope with others’ well-meaning but sometimes clumsy reactions, find ways to be around friends with their own babies, work out how to cope with her own mother’s grief at baby Luke’s death.

Some of Rachel’s story is based on my experience, for example, our post-mortem report was similar to the one in the book – there was no reason found for Finn’s sudden death. Rachel’s emotions of anger, shock and sadness, and her re-telling of the night her baby dies are also very much moulded from my experience. But largely, Rachel’s year after her stillbirth is fictional and far more eventful than mine.

Breaking the silence around baby loss

My hope is that the book throws some light on a kind of loss that is often invisible, avoided or denied. People talk about ‘breaking the silence’ around baby loss and they should.

When we pretend babies don’t die, we make their grieving families feel even more alone. In my case, it accentuated my guilt that I couldn’t bring Finn into the world alive – if it only happened to me, I must have done something wrong.

I would never pretend to speak for any other parent, and Rachel is fictional. But I do hope that her story and me sharing mine will help to break that silence around stillbirth and ease the isolation parents so often feel at the worst of times.

'Everything Happens for a Reason' was released on 10 June. You can see where it's available to buy here. 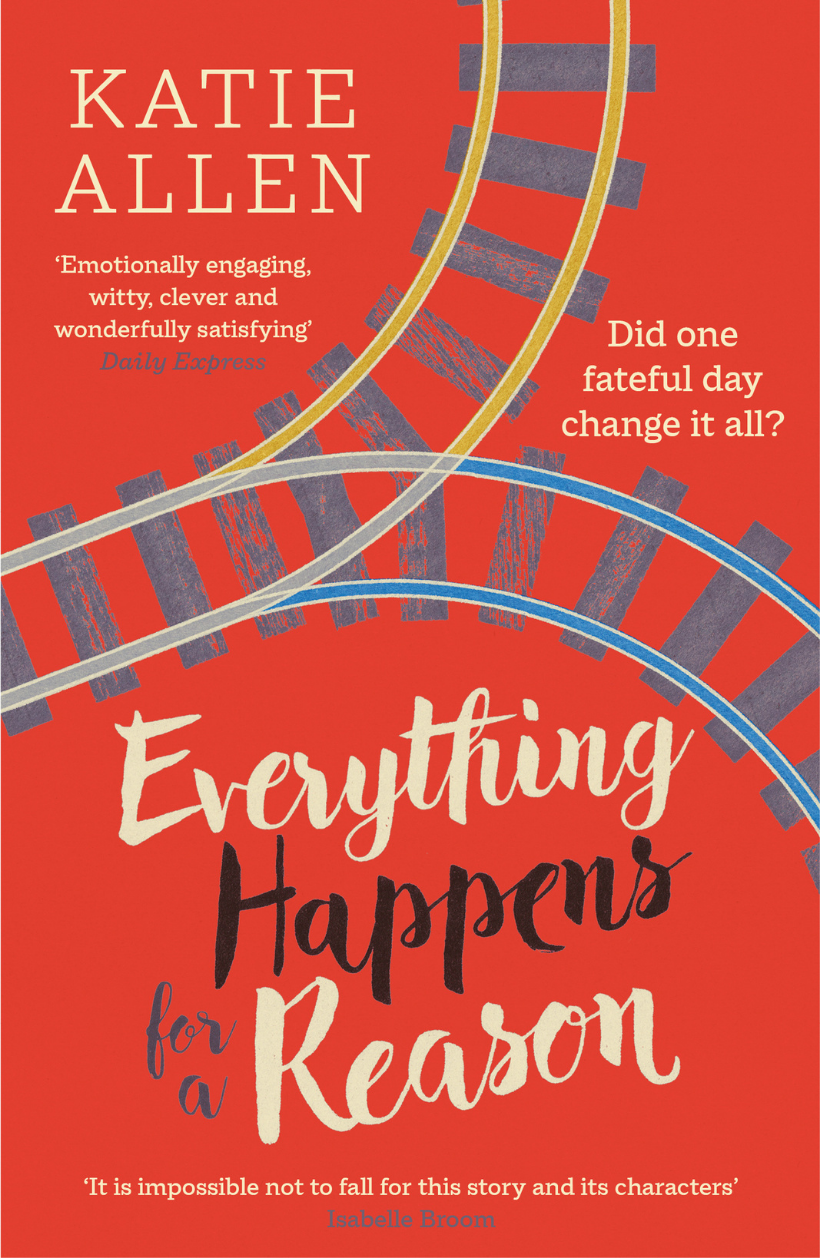