In December 2016 we decided to start trying for a baby. Like many couples, we said we would just let nature take its course. However, it wasn’t long before every month became a cycle of excitement quickly followed by disappointment. After 18 months of trying, in May 2018, we finally saw the two lines that we had be longing for, and were overjoyed.

Everything seemed to be going well until I got to 11 weeks pregnant and started spotting. We went for an emergency scan and were told that there was a strong heart beat and everything looked fine but, deep down, I knew that it wasn’t. The spotting continued and two weeks later it was confirmed that our baby had died. I then had a heartbreaking week of carrying around our baby that I knew was no longer alive and then underwent surgery. I will never forget that day in hospital, the constant repetition of the words “management of a miscarriage”, the drawing of the curtains as we were spoken to as if there was something to be ashamed of;  the nurse afterwards coming to us to discuss contraception ... it all seemed to be so unreal, so cruel.

The following months went by in somewhat of a blur I became quite unwell. Counselling confirmed I was suffering from post traumatic stress disorder. Then in September we couldn’t believe our luck when I fell pregnant. However at 8 weeks our dreams were shattered when I had a miscarried and this was repeated for a third time in February the following year. After three miscarriages we decided that we needed a break and I needed a change.

It’s hard to explain to anyone that hasn’t been through it themselves but everywhere you go, everybody you see reminds you of the situation you are in; last time I was here I was pregnant, last time I saw you I had had a miscarriage.

I started a new career and threw myself into work and trying to live my life again. To some extent I felt happy. In June that year I fell pregnant again however 6 weeks later it ended the same way. We decided now was the time to start trying to get some answers. I had been following Tommy’s since our first loss and could see the amazing work that they were doing. I went to the doctors armed with all the information I needed and managed to get a referral to the Birmingham clinic. The staff at Tommy's were amazing. I will never forget a nurse sitting down with us, and for the first time I felt understood. I’ll always remember her saying:

We totally understand that pregnancy will never be an exciting time for you anymore and you will never stop worrying until you are bringing a baby home but we are going to try everything we can to make that happen.

At our initial appointment I didn’t realise that I was actually pregnant. I miscarried at 6 weeks. In the interim I was sent for tests which all came back clear. Next we both went for DNA analysis which again all came back clear. As much as Liam stayed positive and told me that it was amazing that they couldn’t find anything wrong, I felt very different. I just wanted some answers so I could stop feeling like it was all my fault. The consultants explained to us about the prism trial and we decided to give that a go. In January we had the same excitement quickly followed by disappointment and I decided that I had had enough and I couldn’t go on like this any longer. I resigned myself to the fact that we would never get our happy ending.

At this point I saw the Ben Nevis challenge advertised and decided it was the perfect thing to do. If we couldn’t achieve our dreams then why not help others achieve theirs. 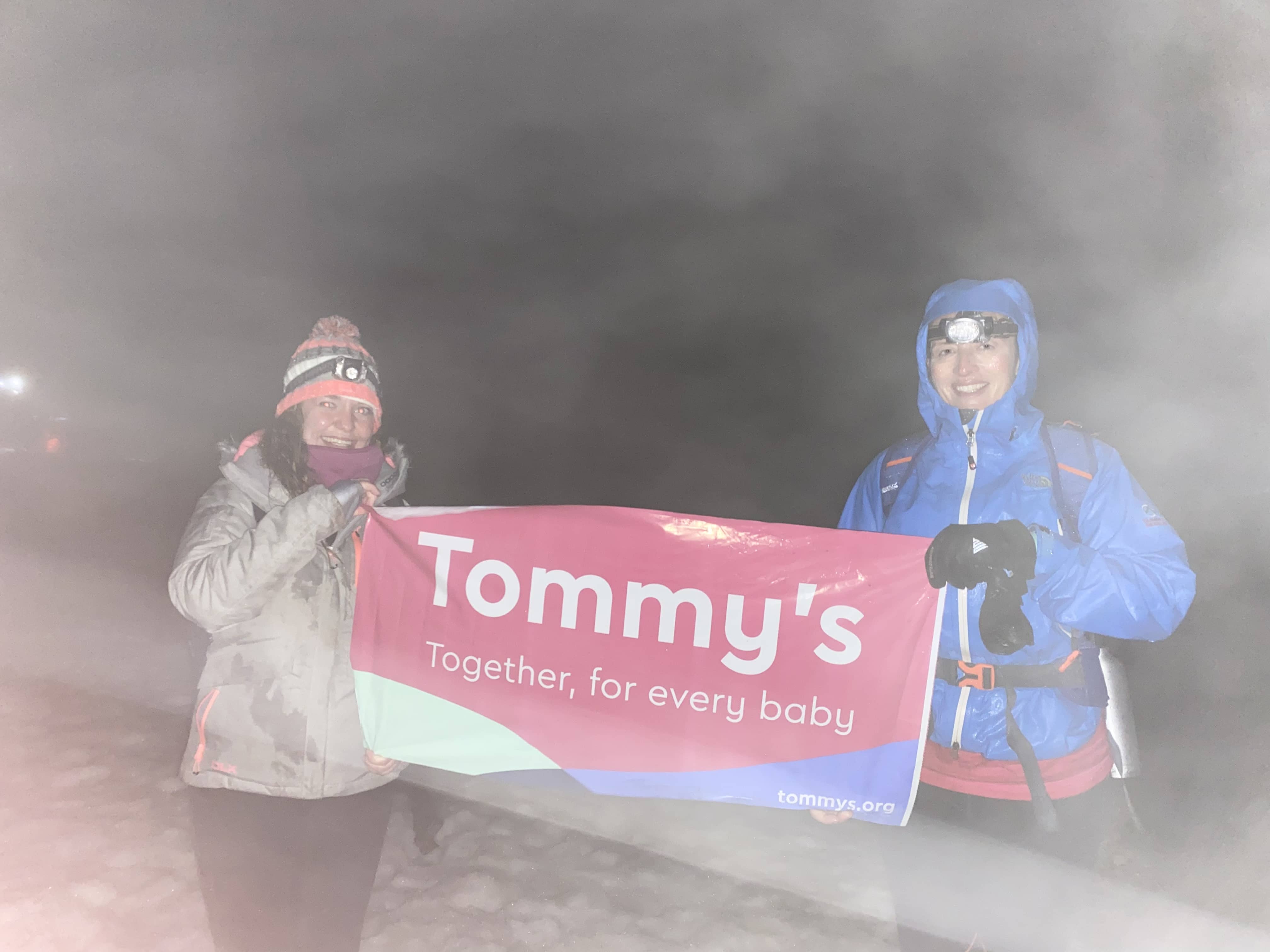 My friend Rae agreed to take on the challenge with me. However what I didn’t know was that I was actually pregnant again. This time I was given double the dose of progesterone. Then lockdown hit. Not only did we have the anxiety of pregnancy after loss, we also had a pandemic to contend with. I attended every appointment and scan alone, but was surprised to see that this time everything seemed to be going well. In November 2020 after a long 4 year wait our beautiful daughter was born and at last all the heartache seemed worth it. Our little miracle.

On 12 June we finally got to climb Ben Nevis. It was emotional, everybody there for their own heart breaking reasons but ultimately everyone there to help others. The climb felt like the perfect representation of what many couples will face on their journeys to become parents, the pain, the struggle, the darkness, the hope but we did it and along that journey we also raised £1400 for Tommy’s which will hopefully go towards helping other couples achieve their dreams.

If I can help others feel less alone, feel like there’s hope, feel like one day things can look brighter again then I have achieved more than I could ever have wished for.