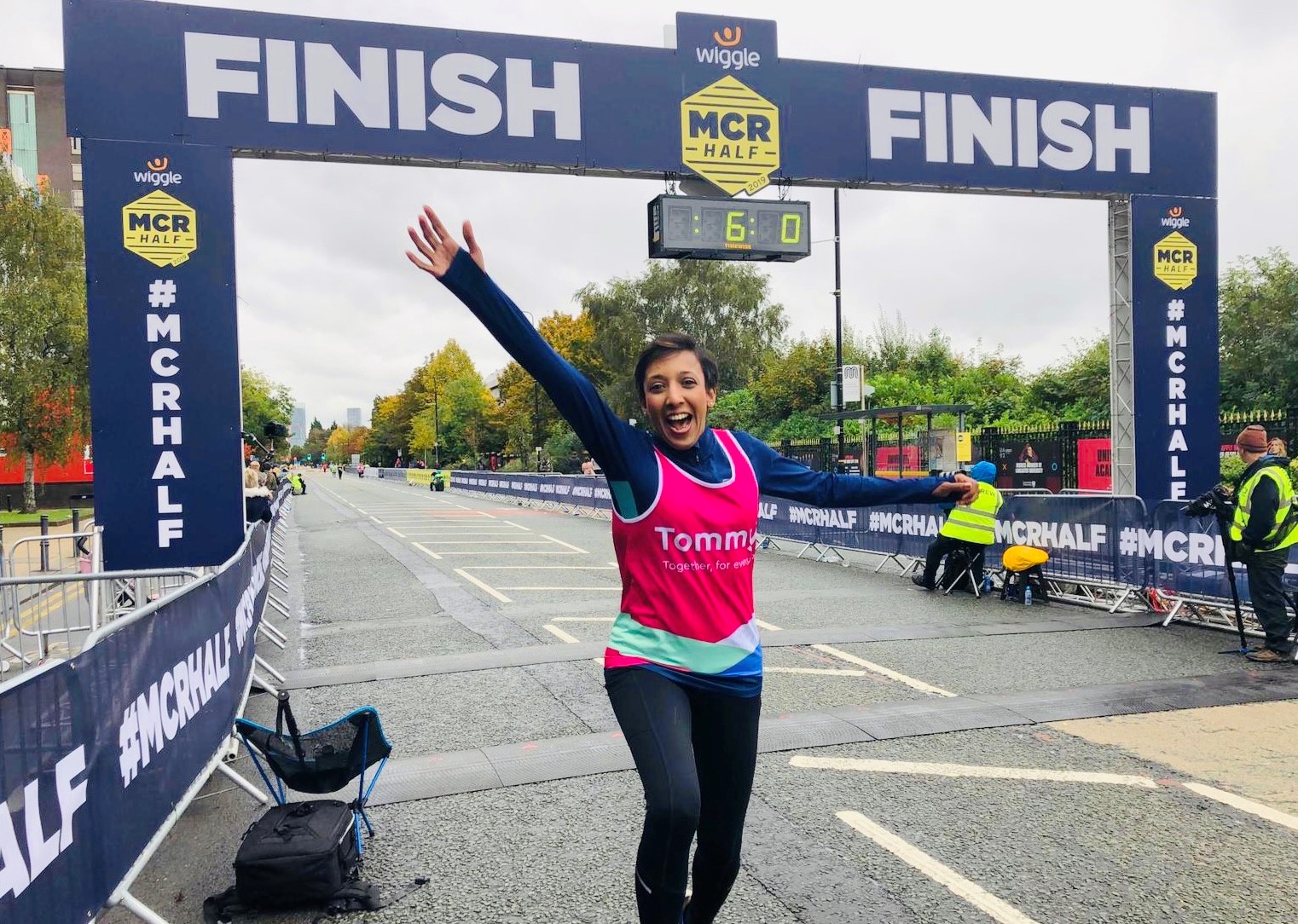 My Tommy’s journey started in 2007 when I moved to the UK from South Africa. I was keen to find work, establish a routine and make friends. Tommy’s finance team took me on to provide temporary cover while the accounts assistant was on holiday, but then a vacancy came up and my contract was extended for 3 months while they looked for a permanent replacement.

It was the perfect job for me: just the right balance of ambition, drive and fun. I was given lots of opportunities to prove myself, and happily accepted when the permanent position was offered to me. After that, Tommy’s offered me opportunities to study and I completed my ACCA course, which led to being promoted to management accountant within 3 years. Working in the finance team was a great experience, particularly as there was plenty of cross-over with other departments.

Tommy’s management team are always seeking ways of helping employees to develop their careers within the charity – even if it means moving in unusual directions! I started to sense that the finance drive in me was dwindling, and some career development discussions with colleagues helped me to appreciate how transferrable some of my skills were. This led to an invitation to join the community fundraising team. I jumped at the chance!

At first, I worked on a few small projects and gradually learned the craft of ‘selling’ the charity; having supportive line managers and great teams around me really helped while I built up those skills. Tommy’s has grown tremendously over the past 7 years, and much of that has been down to the community fundraising team, so I feel very lucky to have been part of it. I now lead a large team and hold responsibility for one of Tommy’s highest-value income streams. I work with smart, creative, forward-thinking people so that stimulates me and keeps things interesting.

With 13 years of service, and 7 years into my fundraiser role, I am still very happy and motivated at Tommy’s. I always feel proud representing Tommy’s – not just in the charity sector but in the world generally. Tommy’s is a big part of my life, professionally and personally, and I honestly feel that I might not have lasted in London if I didn’t work here. 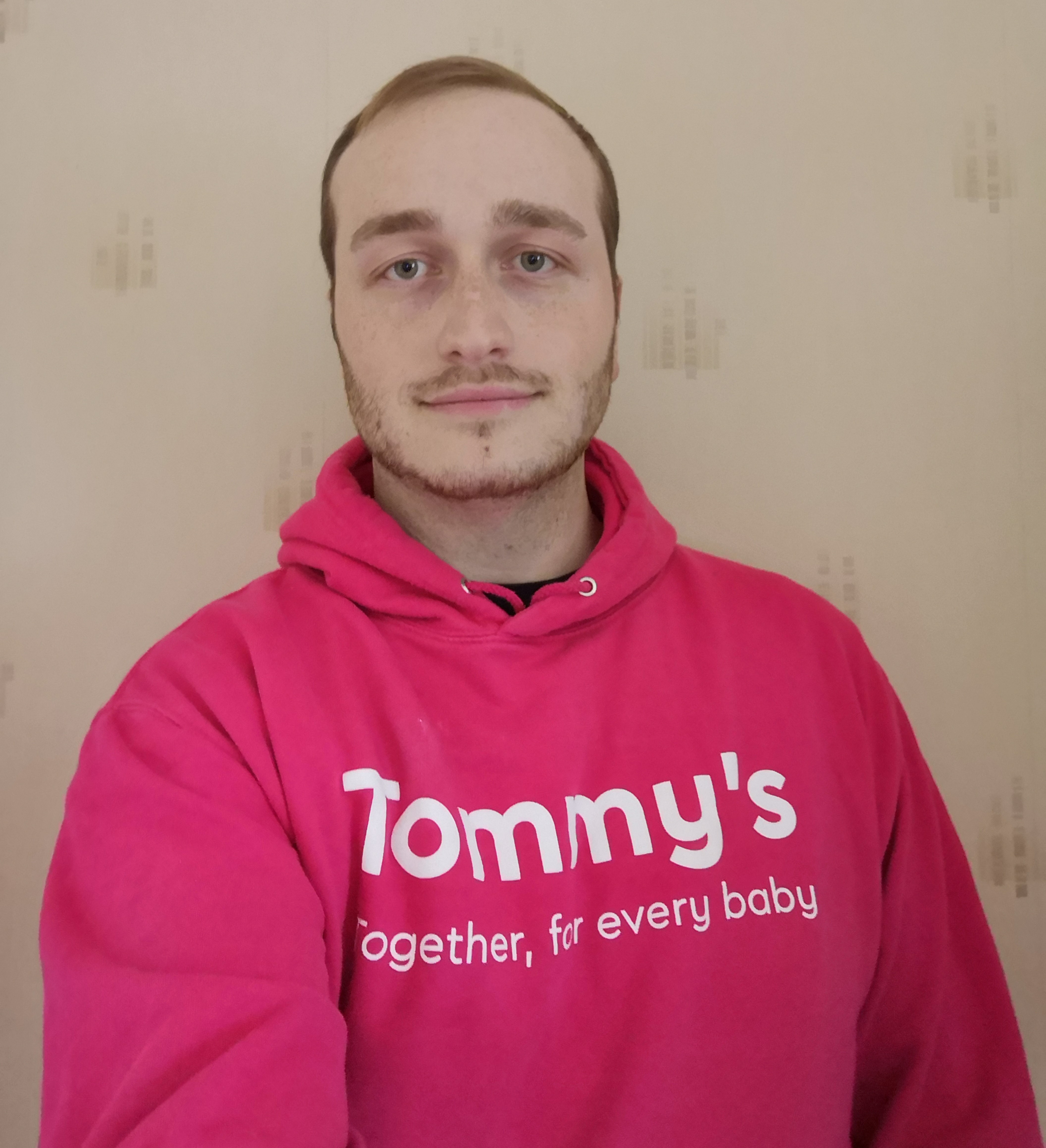 At the start of 2019 I was fresh out of university, brandishing my degree in charity development and keen to put that knowledge to use with a job in the third sector. I saw a temporary role advertised to join Tommy’s as part of the London Landmarks Half Marathon (LLHM) team, engaging with runners and event partners ahead of and on the day. But that 1 month then became 2, and then 3…

When a permanent events assistant position for Tommy’s came up, I eagerly applied and was successful. LLHM supports hundreds of other charities, and runners can raise money for whoever they want, but the focus of this role was recruiting the thousands of brilliant people who make up Team Tommy’s. Beyond supporting those runners, I also started helping with some LLHM website and design work - I’m someone who loves computers, so enjoyed dabbling with new software and honing my skills.

LLHM is such a slick event that most people are shocked that it’s organised by Tommy’s and only started in 2018. We have almost 300 fun quirky things happening along the central London route - DJs, choirs, bands, dancers, charity mascots, cheer stations, pit-stops and even a rave tunnel for people to run through - and then for Tommy’s runners, a massive after-party as well, so it’s no mean feat to organise, but that’s part of what makes the job so interesting!

Although it’s an incredible event, there’s much more to LLHM than the day itself. Different projects pop up all the time and there’s always something else to get involved in. In 2020, I was promoted from assistant to officer level, where I continue to recruit and support our inspiring Team Tommy’s runners as well as doing a lot more LLHM website development and management, working on search engine optimisation and continuing with the graphic design stuff. I feel fortunate to be able to use the knowledge from my studies every day while still learning so much.

Ultimately, it is the amazing team around me that make my job so rewarding. Tommy’s is a very ambitious and high-achieving organisation, so everyone is really driven and we all want to do our best, which is awesome because it means I know I can rely on my team if I need to. With so many different aspects to LLHM, there are always opportunities to share ideas and get your voice heard.

When I began working at Tommy’s, my main motivation was to apply everything I’d learned about the third sector. That passion still exists today but I’ve since found even more inspiration: from my understanding of the vital work we do and the positive impact that has on so many families, as well as the drive to deliver the incredible event that is LLHM.

When I finished my Masters in 2019, I wanted to find a job where I could apply those writing and research skills every day. I had worked in retail before, so knew I was good at meeting targets and communicating with lots of different people, but after volunteering with a charity and doing some research for them I was interested in using my abilities for a good cause.

I applied for a role at Tommy’s as the assistant in a big fundraising team, where I could use my interpersonal skills to develop relationships with the charity’s existing and potential supporters. After a successful interview, I started work here, specialising in trusts and major gifts. It can take many months to build the connections needed for people to make such generous donations, so now more than a year later it’s very motivational to look back and see how much those relationships have progressed and how many families will benefit from the money we’ve raised.

Not long after I joined, the charity’s structure changed and I found myself in a much smaller team, so that gave me an opportunity to take on much more responsibility quite quickly. Within 6 months I’d been promoted from assistant to officer, which is a really varied role: writing for lots of different audiences and purposes, from serious reports and funding bids to more creative media campaigns like The Big Give, as well continuing my relationship development and management work.

A big part of my job is thinking of creative ways to inform and engage new and potential donors, and that often means reading Tommy’s research – and translating it into English! I have to find the best way of communicating this complex science to help people understand what their donations can achieve. Some of the projects are so complicated it blows your mind a bit, but I talk direct to the researchers who know them inside out and can explain them in a really inspiring way.

Working so closely with Tommy’s research centres is really motivating for me, seeing and hearing the real world impact of the studies that we’re raising money to carry out. Doing site visits and having regular meetings with world renowned scientists is not an opportunity that many people get, so it feels like a real privilege to have this insight into such interesting and important work.

The culture at Tommy’s is very energetic and driven, so you are encouraged to try new things and stretch yourself. My team has done so well in meeting ambitious fundraising targets that we’ve now recruited another member; being part of a bigger team again is great, because there’s always so much more we could do if we had more time, and it means I’m able to work on some exciting new projects.

I have a personal passion for politics and current affairs, which I mentioned to senior management just in case I could shadow someone to learn more about this area, and we have started to plan how policy and campaign development could be incorporated into my role. Many employers would want to put you in a box and focus on your current job description, but everyone at Tommy’s has been so supportive of my professional development and long-term career prospects, which makes me feel really valued here and excited about everything the future holds.