At Tommy’s we’re backing the Miscarriage Leave Bill, introduced by Angela Crawley MP. If enshrined into law, the Bill would ensure that all parents receive a minimum of 3 days’ paid leave from work after a miscarriage.

Estimates suggest there are 250,000 miscarriages every year in the UK, and around 11,000 emergency admissions for ectopic pregnancies.

The loss of a baby at any stage of pregnancy can take an enormous mental and physical toll on women and birthing people and their partners. Yet currently, the UK doesn’t recognise these losses in the same way as stillbirth and neonatal death, and families are not given automatic entitlement to paid leave if they lose their baby before 24 weeks. It is up to employers to decide to provide paid leave.

Increasingly, employers are introducing their own baby loss policies – something Tommy’s has been spearheading through our Pregnancy and Parenting at Work scheme. But a lot of organisations, big and small, have no formal miscarriage leave provision.

We know that 3 days is still very limited – employers must be flexible, compassionate and understand individuals’ needs – but it’s a starting point, and vital in helping people negotiate the time and space they need for their physical and mental health after miscarriage.

Keeley, a partner with Taylor Rose MW Solicitors, is fighting to change the law by supporting the Miscarriage Leave Bill.

At Tommy’s we joined Keeley in our disappointment that the second reading of the Bill in Parliament – which was due to take place in December 2022 – was stalled. It will now be heard on March 24.

The Bill has been supported by some MPs, but Keeley said many more are yet to offer their backing - a position she says needs to change. This month Angela Crawley MP also issued a call for greater support from MPs across political parties.

Now is the time to turn talk into action and bring about change for 2023. For every year that passes without the law changing, 1000s more people will needlessly suffer. Allowing people statutory time off will help individuals and families to cope with one of the most difficult experiences that they will go through in their life.

Directly appealing to MPs to support her campaign she says:

“As we begin the start of a new year, my message to all MPs is what better time could there be to take a stance and make a change? We hear time and time again about politicians wanting to make a change and a difference.

“Well, this is an opportunity for MPs to do just that. Changing the law in this area will make a difference and benefit the 1 in 3 families in their constituency who are likely to be impacted by miscarriage at some point in their lives.”

This devastating loss came 2 years after Keeley had a miscarriage at work and a year after she suffered an ectopic pregnancy.

Tragically, she ended up being the first person in the business who needed to use it.

Explaining how this tragedy is fuelling her fight Keeley says:

“At the end part of 2021, it became very apparent to me that New Zealand was taking a lot of action in terms of supporting employees at work. The New Zealand president has enacted a policy which meant that every employee who suffered a miscarriage, no matter what their gestation, was entitled to 3 days’ paid leave.

“I drafted a policy and I presented it to my firm, Taylor Rose MW Solicitors, and I asked for it to be enacted in the business. It was enacted in January, 2022 and unfortunately, I was the first person to use it.

“When I lost George, I was fortunate enough to have the full support of the business, which meant that I got paid. But others are not able to rely on this and it was very apparent to me via people contacting me that there is no statutory protection for any pregnancy loss beyond 24 weeks.

This lack of protection is having a devastating impact on many people’s lives. That’s why this law change is so important.

Read more from Tommy’s on the Miscarriage Leave Bill 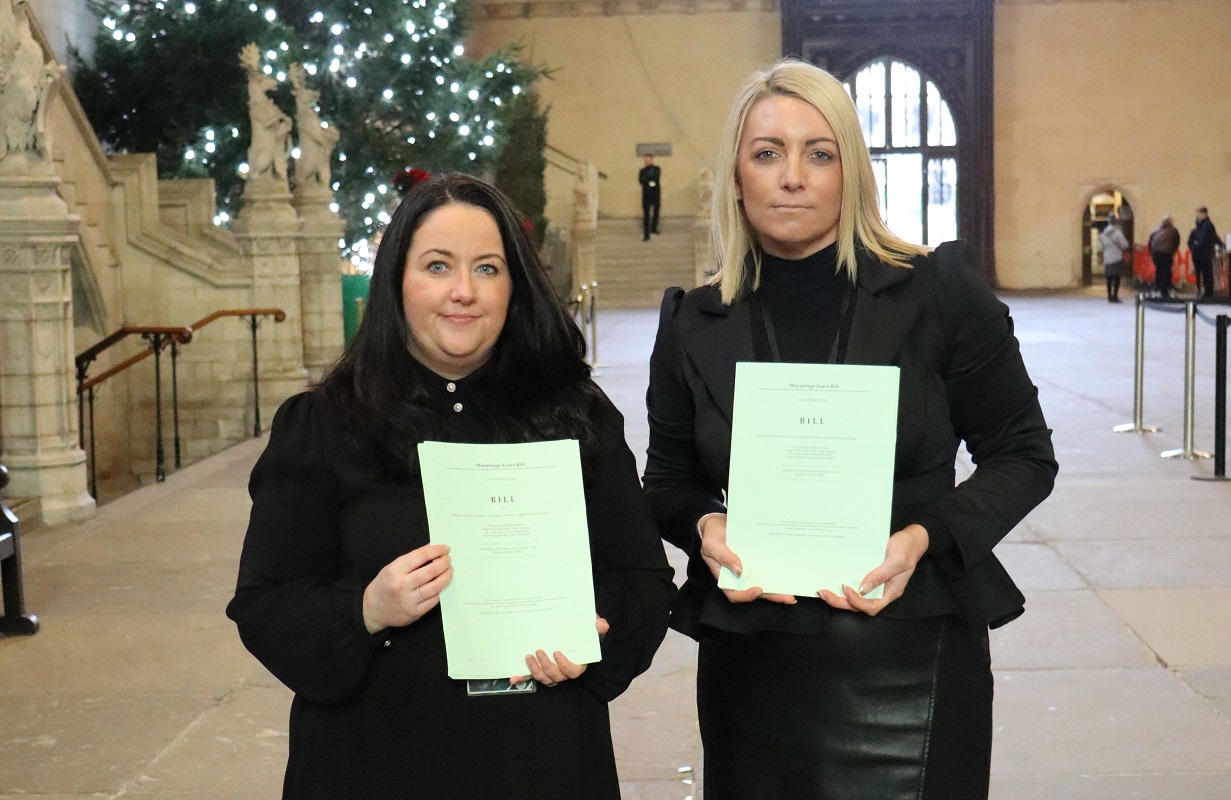