A new report shines a light on the maternity experiences of Muslim women in the UK to better understand the standard of maternity care they receive and what may be contributing to poorer experiences for parents and babies.

Our research, published in the Lancet last year, also shows that Black women have a 40% higher risk of miscarriage than White and Asian women. Black, Asian and minority ethnic women have higher numbers of stillbirths, preterm births and emergency caesarean births, and higher rates of major haemorrhage and injury during birth. We need to understand why this is happening so we can reduce inequalities in maternity care and give babies the best possible start in life.

Commissioned by the All Party Parliamentary Group on Muslim Women and based on research carried out by Muslim Women’s Network UK, a report titled Invisible: Maternity Experiences of Muslim Women from Racialised Minority Communities has been published by Shaista Gohir OBE, Baroness Gohir of Hall Green.

It investigates the maternity experiences of Muslim women in the UK from Black, Asian and other minority ethnic backgrounds, before, during, and after pregnancy. White Muslim women were also included in the research to find out whether their experiences were different. The inquiry is based on a survey completed by more than 1,000 Muslim women, alongside interviews and a focus group.

Experiences of poor care were analysed to find out whether they were associated with the women’s intersecting identities such as their ethnicity, religion, or class; whether attitudes were due to unconscious bias such as negative stereotypes or assumptions or conscious action, and what role, if any, organisational policies and practices played. Positive experiences are also highlighted in the report to show what good practice looks like. 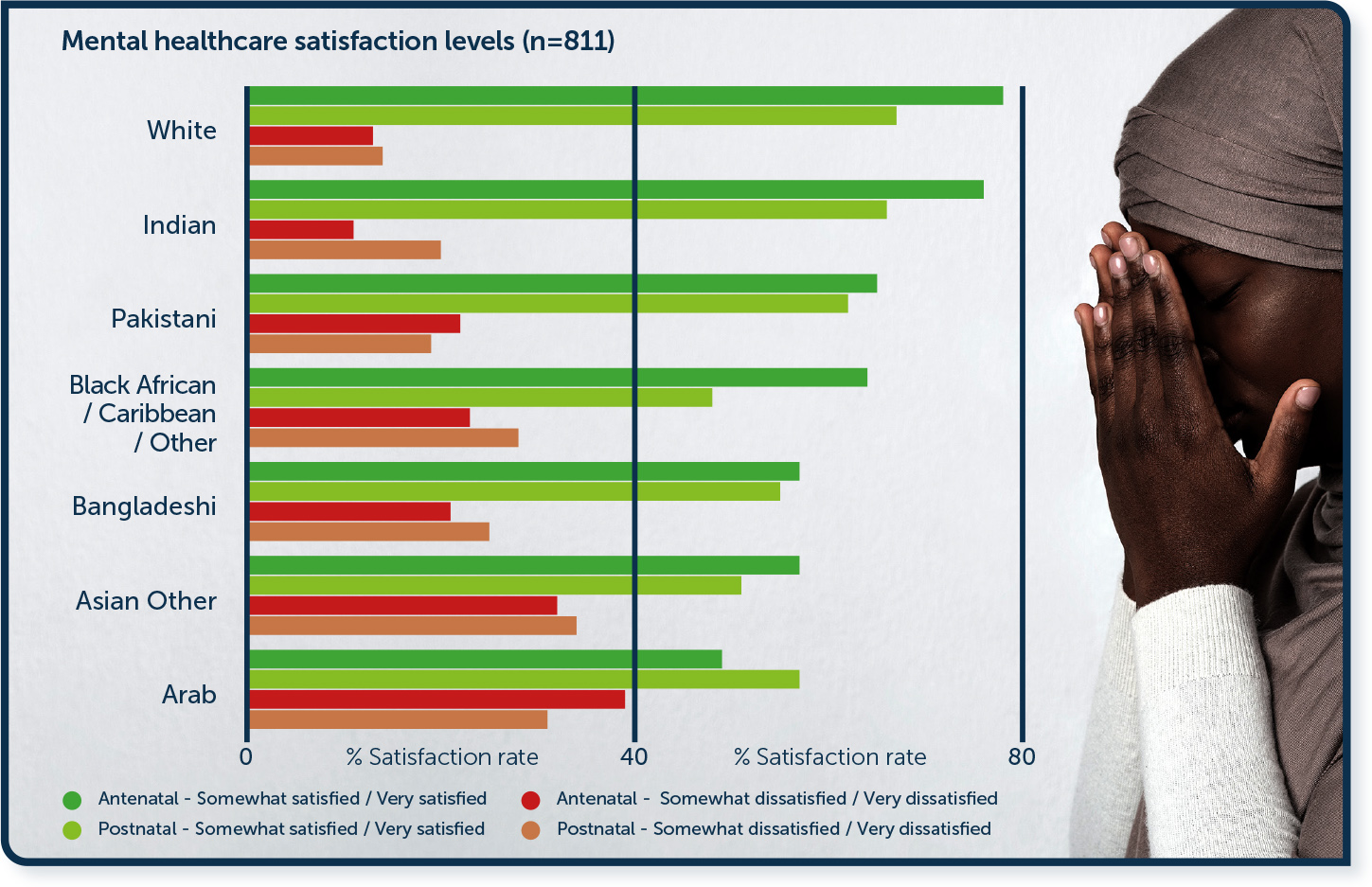 An infographic taken from the report

Among the report’s 23 key findings are:

Maternity care not personalised to risk - despite the likelihood of some minority ethnic groups having particular health issues, additional screening is not always being offered and their care is not always managed according to their risk.

Women denied a choice – maternity services are not equally accessible to everyone, and many women said they were denied a choice when accessing services or procedures, including caesarean, water or home births.

Poor miscarriage care - 15% of women surveyed and 25% of women interviewed said they had experienced a miscarriage, and many reported a lack of compassion and empathy, little to no psychological support, poor culturally or faith sensitive bereavement options and care which didn’t follow NICE guidelines.

Denial of pain relief during birth - the issue of pain was the most spoken about topic, along with not being listened to.

A call for action

Based on the research findings, Baroness Gohir makes 45 recommendations under 4 broader calls to action:

“Progress is being made towards government targets to reduce stillbirth and miscarriage in the UK but women and pregnant people from minority ethnic backgrounds and poorer communities continue to experience inequalities in maternity care which is completely unacceptable. We know that identifying the women most at risk and providing them with good, personalised care is key to closing these gaps and Tommy’s National Centre for Maternity Improvement is working on new  screening technology that addresses racial inequalities in maternity care.

“All women, and every family, should have access to safe maternity care and given the best possible opportunity to take home a healthy, happy baby at the end of their pregnancy.

“Baroness Gohir’s report details the problems and barriers at an individual and structural level faced by women from minority communities, many of whom had not spoken out about their experiences before and who have not been heard. The report offers detailed recommendations for government and the NHS. Considered alongside recent reports by Five X More and Birthrights, these recommendations can’t be ignored. There’s a clear need for drastic change across maternity policy and care if we are to make the UK the safest place in the world to give birth and to save babies’ lives.”

“This thorough and unique report provides an essential insight into the multiple barriers to care for women from racialised minority communities and faith-based heritage face when accessing maternity care.

“What the report highlights is that women and birthing people want to be listened to and heard by their healthcare providers, they want to seen and cared for without bias and assumptions about them clouding their care. They are open and willing to share their experiences - we now need to listen and work together to make the changes that we know results in safer, better care for everyone.”

On the same day as the launch of the report at a House of Commons event on Wednesday 13 July, a formal meeting on black maternal health was held by the government’s Women and Equalities committee. Robert Wilson, Head of Sands and Tommy’s Joint Policy Unit, said:

“There are stark inequalities in the experience of baby loss. In the current political environment, with multiple issues competing for attention it is vital that saving babies’ lives and reducing inequalities in loss gets the attention from government it deserves”