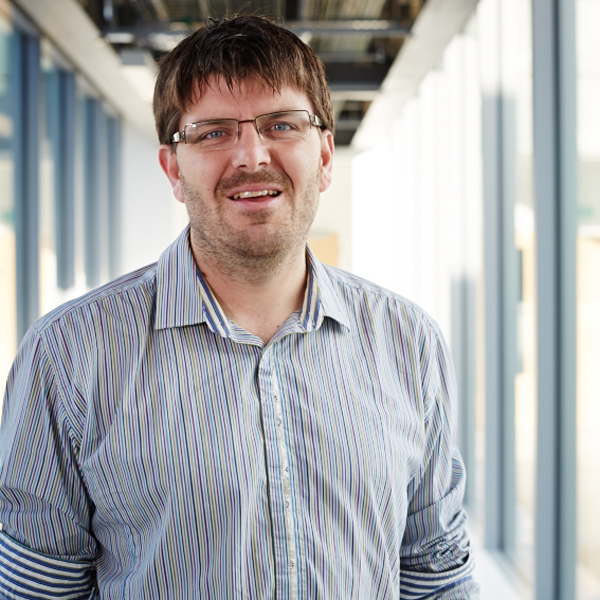 I have been a doctor since 2000 and in Obstetrics and Gynaecology since 2002.

Throughout my time in medical school I had planned to be a family doctor. However, after I started to practice I realised that I enjoyed surgery and hospital-based medicine as well.

During a job in General Surgery, my son was stillborn. The next job I was due to start was Obstetrics and Gynaecology, which in the circumstances was very difficult, although I was well supported by my colleagues.

However, during the post I realised that Obstetrics and Gynaecology was the area in which I wanted to work because it combined medicine, surgery and ultrasound scanning. I had always enjoyed research projects in medical school and an opportunity came up to work at the Tommy’s Maternal and Fetal Health Research Centre in Manchester to study for a PhD.

I moved to Manchester in 2004, and finished my PhD in 2008; I studied how the placenta goes wrong in pre-eclampsia and became fascinated by how little we know about the placenta, which is so crucial to baby’s wellbeing.

I continued my clinical training and in 2010 had the opportunity to work as a Clinical Lecturer, splitting my time between caring for women and their families and research.

It was at this time, I really began to focus on stillbirth and problems in the placenta.

I finished my training in 2014, and have been a Consultant Obstetrician and Clinical Director of the Tommy’s Centre in Manchester since then.

Outside of work I enjoy spending time with my family which usually involves being outside as I have two boys who like to run/scoot/bike around. When time allows I also enjoy playing rugby with my local team, getting out in my garden and walking with friends. I really enjoy reading, almost any kind of book, but I do like crime novels the most, and try to solve the mystery before the book gives me the answer.

I feel very fortunate in my role to be able to combine clinical work looking after mothers and their families in a speciality I care deeply about with research that will hopefully improve outcomes for mothers and their babies. I am motivated by the many stories I hear about babies that are stillborn and the impact that has upon families.

I want there to be fewer stillbirths and neonatal deaths and when a baby does die, I want families to receive the best care possible, as we know this has an ongoing effect on their grief for the rest of their lives.

I am really encouraged by the initiatives that have happened in recent years that have meant that stillbirth is less hidden, that it is not accepted as one of those things and that we can do something about it. This has been driven by organisations like Tommy’s and professional bodies such as the Royal College of Obstetricians and Gynaecologists and the Royal College of Midwives.

Consequently, we now have the Saving Babies Lives campaign launched by NHS England, which is a huge leap from when I started to practice.

The Saving Babies Lives campaign is something I am really proud to be involved with, having co-lead the piece of work about reduced fetal movements.

I have been interested in reduced fetal movements since I was a junior doctor in 2003, when I noticed that the Mum’s I saw who came in with reduced movements had worse outcomes than those who had normal movements.

When I read around the topic, I realise that this was something that other people had been describing since the mid-1970s, but little seemed to have changed. I published a short paper of 100 women who came with reduced fetal movements, and had no idea where it would lead.

During my PhD, I was lucky to meet Prof Frederik Frøen (from Norway) and Prof Vicky Flenady (from Australia) who were also interested in reduced movements. This has led to a series of research projects.

We have then looked carefully to see which investigations help to identify babies at-risk of problems after Mum’s notice reduced fetal movements. This showed that a babies heart rate trace and an ultrasound are the most helpful. This is now being tested in a large clinical trial, the AFFIRM study, which Tommy’s contributed funding.

It is really exciting for me, to see research change from very small observational studies up to large-scale clinical trials that may alter the way that we care for mothers and babies.

Another aspect of my work that excites me is the Rainbow Clinic that we set up in January 2014.

This is a clinic especially for parents who have experienced a stillbirth in a previous pregnancy; this was the first such specialist clinic in the UK and was funded jointly by Tommy’s and Central Manchester University Hospitals NHS Foundation Trust.

The clinic was based upon research that we had carried out to show that normal antenatal services did not meet parents’ needs in pregnancies after stillbirth.

We started with a small clinic with about 8 slots on a Wednesday and now see about 25 families every Thursday and have opened another Rainbow Clinic at Wythenshawe hospital.

We had a tea party last January and over 50 families who had come to the Rainbow Clinic came. It was wonderful to see so many families and the difference that the team at the Tommy’s Rainbow Clinic had made.

One of our goals in the medium-term is to establish and support Rainbow Clinics in other hospitals so that parents can receive the care that they need in pregnancies after stillbirth.

I feel very fortunate to be the Clinical Director of the Tommy’s Stillbirth Research Centre.

As my PhD was funded by Tommy’s, I feel a strong bond with the charity and am really excited to see other people funded, and trained in stillbirth research.

One of the things that has held back research into stillbirth is that there haven’t been the numbers of people carrying out research that there need to be.

We have now trained people to Masters and PhD level, and we hope that they will continue to work in this much needed area in our research centre and in other places. With continued support, we can train more people and continue to develop our understanding of what causes stillbirth and use this to prevent stillbirths and improve care.

I believe that if we continue to make progress in research, we will see a significant reduction in the number of stillbirths in the UK (and beyond), and this will also have positive effects for the outcome for mothers and babies.