The Edinburgh clinic is run by Professor Jane Norman, and a team of specialist doctors and midwives who lead the way in Metabolic antenatal care and focus on pioneering multidisciplinary research from basic mechanisms to clinical trials. The three key areas of focus are;

The team has grown a portfolio of clinical research since it launched ten years ago. Last year, women attending the Tommy’s clinic were an astounding eight times less likely to have a stillbirth than women attending clinics not specialised in helping obese women.

Tommy's third research centre at the Royal Infirmary of Edinburgh opened in 2008. Research here concentrates on the impact of maternal obesity as well as other pregnancy “stressors” such as inflammation, depression and stress. Our work is put into practice at our Metabolic Antenatal Clinic, which helps mums with high BMIs to have healthy pregnancies. We also carry out research into premature birth, and in October 2016 opened our new Preterm Birth Clinic – the first of its kind in Scotland.

In the decade since it was set up, the team have helped women with severe obesity to have safe and healthy pregnancies. Last year, women attending the clinic were eight times less likely to have a stillbirth than women attending clinics not specialised in helping obese women.

Following the success of our Metabolic Antenatal Clinic, we opened our Preterm Birth Clinic in 2016; the first of its kind in Scotland. The aim of the clinic is to continue our work in reducing preterm birth rates and late miscarriage rates, to improve the quality of care for women and to develop our expertise in managing complex cases.

I am proud that we are celebrating our 10 year anniversary of funding, at the Tommy’s Centre for Maternal and Health research in Edinburgh. In the last 10 years, we have trained more than 10 PhD students in maternal and fetal health research, published more than 100 papers in peer reviewed journals, and provided care to  more than 1000 pregnant women in our Metabolic Antenatal Clinic and Preterm birth clinic. I am very proud of my colleagues Fiona Denison, Sarah Stock and Rebecca Reynolds, and all the brilliant young people who work with us. We hope that our work will identify new and better tests and treatments for pregnant women, which will save the lives of thousands of babies.  We are very grateful to Tommy’s and their supporters for all their hard work in helping us make pregnancy safer for women and their babies.

While still in its early days, our Preterm birth clinic is already making a difference to women and families in the UK.

Our aim is to continue to reduce the preterm birth rate, currently around 8% in Scotland, and the late miscarriage rate in the Edinburgh area.

When it opened in October 2016, the clinic aimed to see eight women each session. Within two months of opening, this number had increased to ten women per session to respond to the high demand for preterm birth care and advice.

Our Metabolic Antenatal Clinic, which provides the infrastructure for most of our work on obesity in pregnancy, has become a template for similar clinics around the country. It provides what we believe to be the optimal clinical care for obese pregnant women.Our work in the  received extensive national and international coverage.

We are also influencing guidelines: The Royal College of Obstetricians and Gynaecologists has commissioned new guidelines for caring for obese pregnant women. Dr Fiona Denison, who is involved in running our clinic, is chairing the guideline development group. She will be able to use the evidence generated from the Tommy’s-funded work to inform important national guidelines and improve care across the country.

Edinburgh University won a Queen’s Anniversary Prize in February 2018, which recognises impact as well as basic science research – due in great part to the Tommy’s-funded work.

We have found that infection with the human papilloma virus (HPV) is associated with preterm birth and early miscarriage. This means we are a step closer to understanding the causes of some pregnancy complications.

However, we do not yet know whether these complications are caused by the HPV disease itself, or by the treatments for the disease. Further work is needed to understand this.

We have used advanced Magnetic Resonance Imaging (MRI) to help us understand what a healthy placenta’s metabolism should look like. We have now established a range of measurements that indicate a healthy placental metabolism. We will be able to use these as a reference in future studies to identify unhealthy placentas and problems with babies’ growth in the womb.

The celebration was a chance to for us to reflect on the impact of the clinic’s research and look ahead to future clinical studies.

From the bottom of our hearts, and on behalf of the families this centre is helping, thank you! 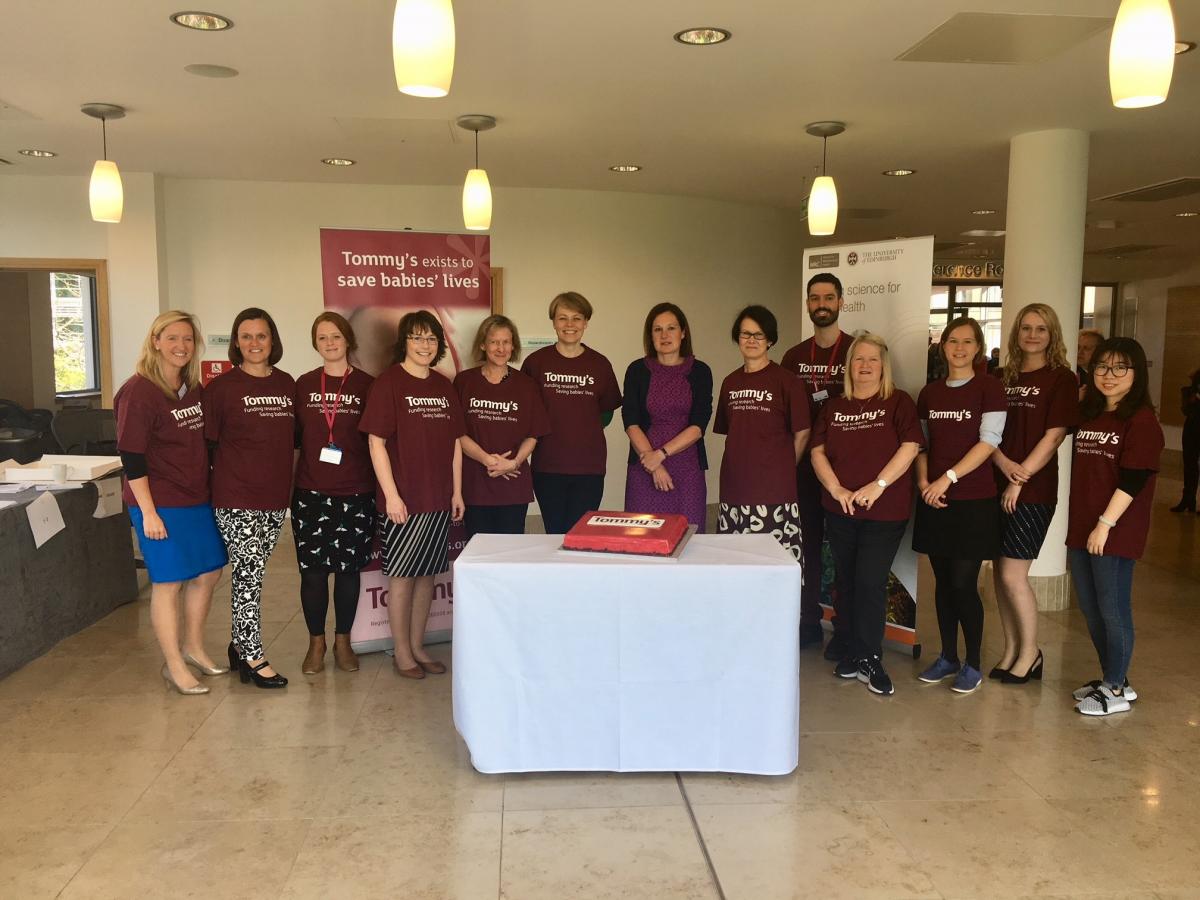 Read more about the research taking place at our Edinburgh centre.

Find out more about Tommy’s Centre for Maternal and Fetal Health.

The centre is conducting some incredible research into the impact of obesity in pregnancy, as well as other stressors such as depression and inflammation and are working hard to find answers. Read more about the impact of this research and see the different studies they are working on.