The internet can sometimes be a useful tool when trying to cope with the loss of a baby.

Many bereaved parents tell us that they found solace in an online community of people who had been through similar experiences.

The danger of taking to the internet is that you can find yourself on the receiving end of some nastier comments and opinions from internet 'trolls'.

Recently there have been several high profile cases of celebrities being subjected to unpleasantness after sharing their experiences of loss.

Lily Allen was recently targeted by trolls on social media.

Richard from Shoebox of Memories has been blogging about his own experience of grief and loss since his twin sons were born sleeping.

Richard has taken on t

he subject of internet trolling in his latest post, 'Under the bridge'.

It felt like I have been treading the same ground as I read countless other stories like my own.

They may be told in different ways and with different emphasis or turn of phrase but at the core they involve the death of a baby and the psychic shock wave such a loss sends rippling throughout time across past, present and future.

So why add my voice to this litany of woe? Why expose that most private of pains to the Wild West of the Internet?

Because despite all the good work of baby loss awareness week, the well meant and harrowing story lines told in soaps and the work of those in the public eye opening their hearts the stigma remains and the taboo is enforced mercilessly.

But it’s now worse that that. It’s become more than the well meaning platitudes that now almost seem a quaint memory in the face of the smirking malevolence that’s been on show.

Much has been made of post-truth and alternative facts but far more corrosive than this is the diminishing capacity for empathy where any perceived weakness is fair game for exploitation and any show of kindness is a fatal flaw to be ruthlessly punished.

This week has seen the stillbirth of two figures in the public eye being used against them. Why? Political disagreement.

In one case the perpetrator sought to justify their words by shifting the source of the attack to the party political. In another it stemmed from a disagreement on a thought exercise designed to show the absurdity of generalising an entire category of the population.

It’s all fair game. With depressing predictability within seconds people rushed to the defence of our free speech enthusiasts.

The argument being that you dare speak in public then of course any aspect of your life is up for grabs.

The law has a different view. You can’t just say deliberately say things with the intent to cause distress or anxiety without consequence.

These stories were picked up and naturally the short hand of troll was applied. It’s a helpful shorthand for online behaviour but it’s become distant from its original description of the deliberate wind up merchants provoking controversy for the fun of it.

In these cases the perpetrators appear to have a genuine belief in the rightness of their actions and that perceived crimes against their viewpoint justify a ferocious personal attack.

Even on a positive story about how parents have been able to locate the graves of their lost children after decades of grief some readers feel the need to find fault and criticise. 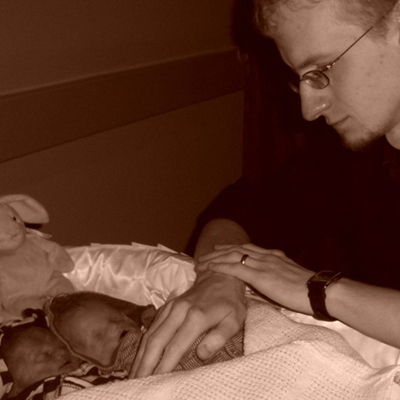 For those that dare display photos of their lost children there is more reason to find scorn for those all ready kicked to the floor by life.

The parents that have the opportunity to have more time to spend with their dead children and form as many memories as they can before the inevitable final goodbye are berated for ‘being in denial’, ‘sick‘ and for treating their dead children like dolls.

These commenters are not trolls. These are people choosing to behave in a way devoid of compassion or empathy. People horrified that those who have suffered feel the need to tell other people about it when it should be hidden away.

People so sick of reading about stories of stillbirth and miscarriage (‘c’mon, this must be the fifth or sixth story about dead children they have published in as many weeks. Can’t they just move on?’) that they feel the need to not only click on an article they know will annoy them but then feel compelled to leave a permanent record of their disapproval and disdain.

Every little helpful contribution to humanity like this risks isolating the bereaved further. It does nothing to change the situation, it just entrenches it.

It’s not transgressive to voice these opinions, it’s not a stab against the mythical beast of political correctness, it’s not ‘telling it like it is’.

There is no bravery in reinforcing existing structures or refusing to accept that change is possible. There is no honour in shaming the bereaved.

You can read Richard's original blog post at Shoebox of Memories here.